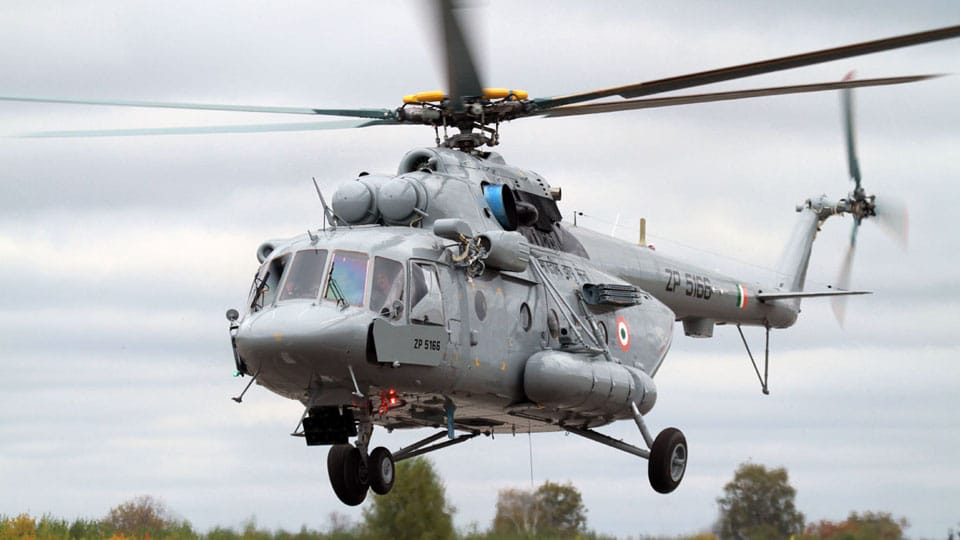 Srinagar: A day after the Indian Air Force strike in Pakistan, a military transport helicopter — Mi-17V-5 — crashed in Budgam district of Jammu and Kashmir.  Two bodies have been found, said the Police.

Four persons, including two pilots, were inside the IAF chopper at the time of crash.

Reports also said that all the four persons might have been killed. Official confirmation on the number of deaths is yet to come. The chopper had taken off from Awantipora airbase and crashed because of technical fault and weather.

The chopper crashed in an open field near Garend Kalaan village in Budgam at 10.05 am. The chopper broke into two and caught fire immediately, the officials said.

The crash took place in the backdrop of heavy shelling and firing from across the border on a day IAF fighter jets crossed the Line of Control and destroyed a vast terror camp within Pakistan in a pre-dawn strike.

Visuals showed the wrecked fuselage in flames and a large number of villagers standing around it. The helicopter is a Russian made Mi-17.