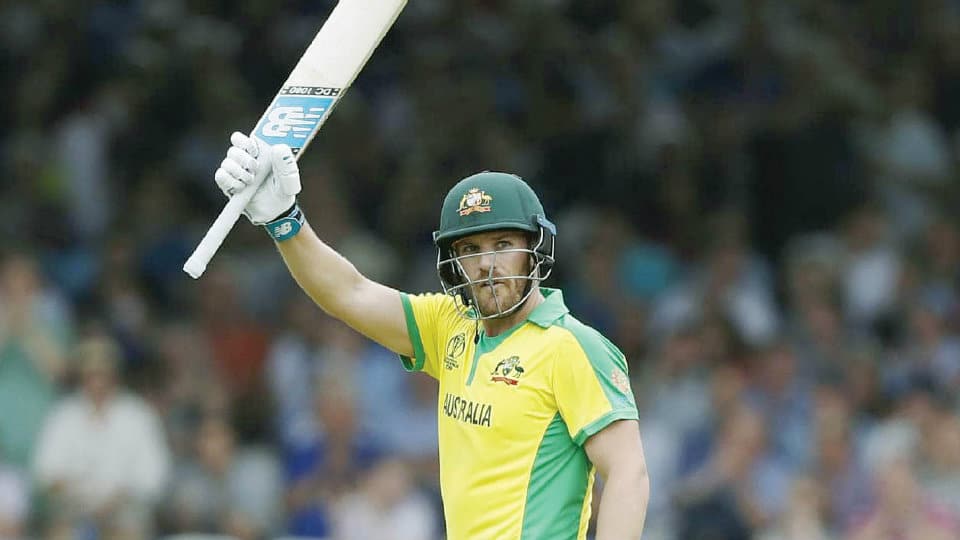 Reigning champion Australia beat England by 64-runs at Lord’s Cricket Ground here and magnificent performance by skipper Aaron Finch 100 (116b,11×4,2×6) and left-arm medium-pacers Jason Behrendorff (five for 44) and Mitchell Starc (four for 43), enabled them to seal their place in the semi-finals in the on-going ICC World Cup 2019 on Tuesday.

Australia became the first team to qualify to the semi-finals.

The men in form Aaron Finch (100) and David Warner 53 (61b,6×4) showed excellent batting prowess and excelled with the willow by adding 123-runs for the opening wicket which laid the foundation for a good score. David Warner departed (123 for one in 22.4 overs) caught by Joe Root off Moeen Ali.

The innings was further consolidated by Finch and Usman Khawaja 23 (29b,1×4) by adding 50-runs for the second wicket.

Australia ended up scoring 285 for seven in 50 overs. Chris Woakes (two for 46) was the most successful bowler for England.

England, needing 286 to win, started badly losing two early wickets that of opener James Vince (0) and Joe Root (8) and were reeling at 15 for two in 3.3 overs. England’s batsman were under pressure to perform with both fast bowlers for Australia Jason Behrendorff and Mitchell Starc taking a wicket each.

Wickets kept falling at regular intervals and England with no resistance from the lower order were bowled out for 221 in 44.4 overs. Left-arm medium-pacer Jason Behrendorff impressed with a five wicket haul (five for 44) and was well-supported by Mitchell Starc who took four for 43. Australia won by 64-runs.