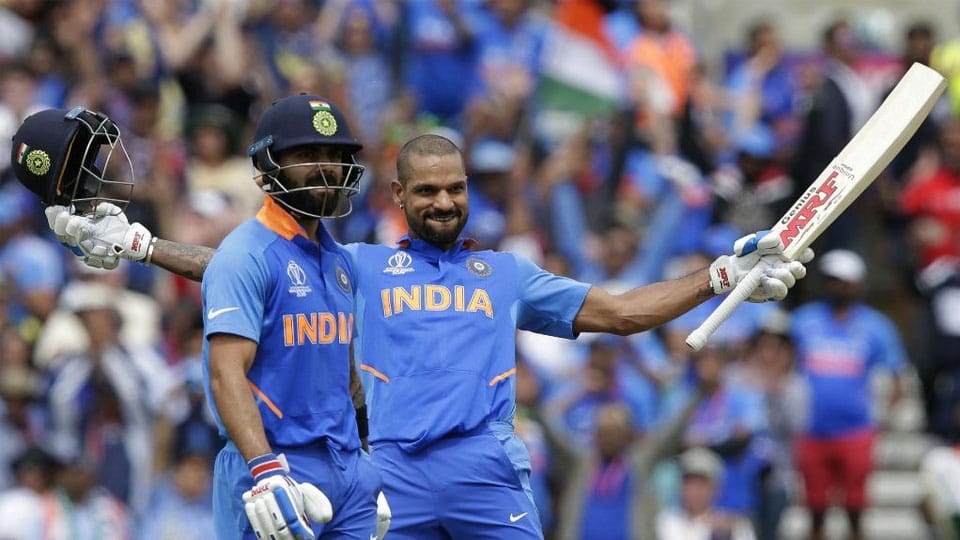 India made a massive statement of intent by beating five-time and defending champions Australia by 36 runs in a World Cup 2019 league encounter at The Oval in London on Sunday.

This was India’s second win in World Cup 2019 following their victory over South Africa. The back-to-back wins put India third in the league table with only England (3 matches – 2 wins) and New Zealand (3 matches – 3 wins) ahead.

Sunday saw a complete performance from the Indian team with Shikhar Dhawan and Virat Kohli starring with the bat while Bhuvneshwar Kumar and Jasprit Bumrah took three wickets each to get the job done with the ball.

Shikhar Dhawan’s 117 and his 127-run opening stand with Rohit Sharma laid the foundation for India posting 352 for five after captain Virat Kohli win the toss on a sunny London morning at The Oval.

Kohli himself hit a brisk 82 and combined with Hardik Pandya for a 81-run third-wicket partnership that saw the pair pummel the Australian bowling attack.

India then dismissed Australia for 316 in 50 overs to record their second straight victory of this World Cup 2019 after an opening win over South Africa.

Half-centuries by David Warner and Steve Smith were not enough for the five-time champions whose record in the round-robin group stage now stands at two wins from three.

Former captain Smith and Warner have both returned to international cricket in fine form after completing one-year bans for their part in a ball- tampering scandal.