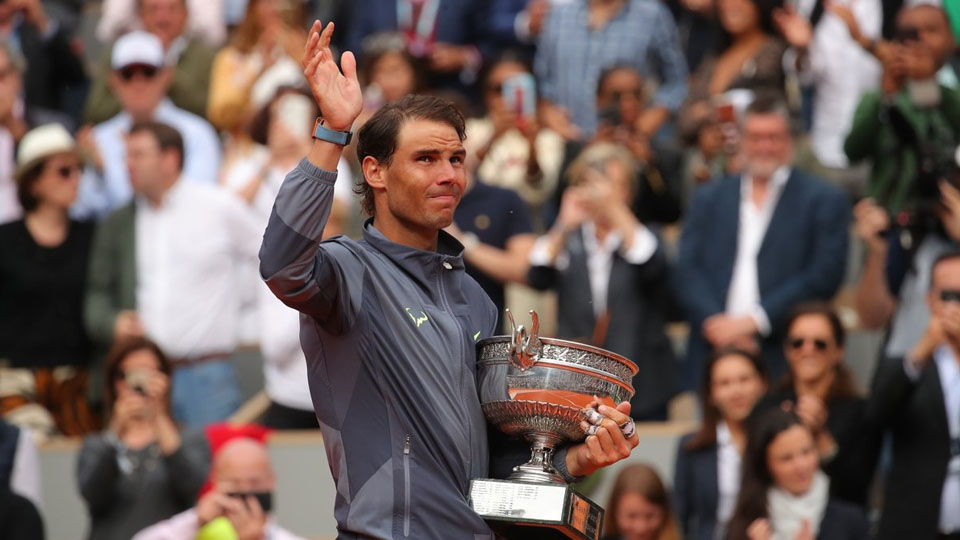 Rafael Nadal’s indomitable grip on Roland-Garros finals has firmed with the Spanish great collecting an unprecedented 12th trophy from the same Grand Slam on Sunday.

Austrian fourth seed Dominic Thiem fell victim in the title match for the second year running, this time salvaging a set for the first time in four meetings with Nadal in the French capital.

After three hours and four minutes, under grey skies, on his favourite ochre-earthen domain, Nadal completed the ‘perfect dozen’ 6-3, 5-7, 6-1, 6-1.

This is his 18th major singles title. Two thirds of those have come on the terre battue and he is now just two shy of Roger Federer’s all-time mark.