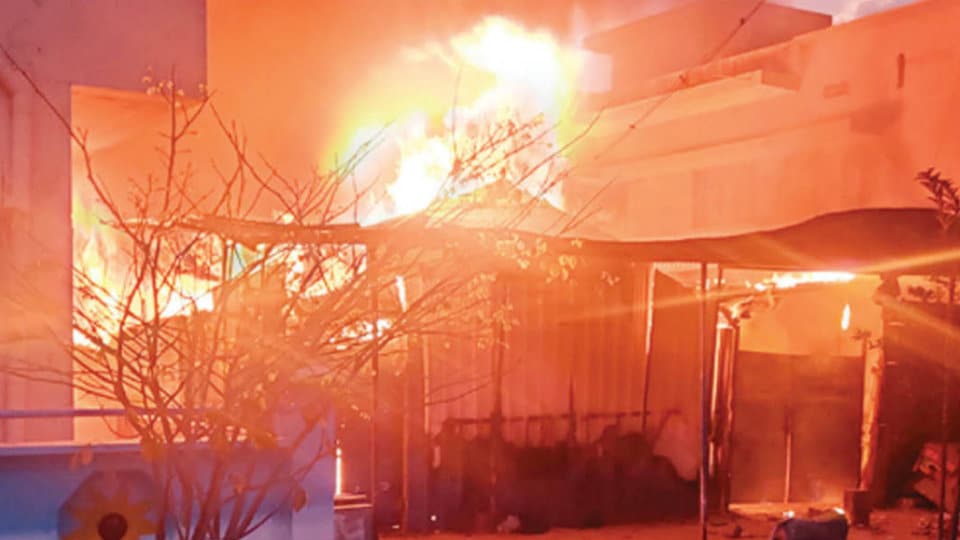 The unit belongs to Bangari Girivasa, son of K.K. Venkataramanaiah and the loss is estimated to be over Rs.10 lakh.

Last evening, Bangari Girivasa and his staff closed the unit and went home. But within a few minutes, the fire mishap took place which was noticed by a resident who immediately called the Police Station and the Fire Brigade.

Fire and Emergency Services personnel and Town Police Sub-Inspector Rajendra and staff, who rushed to the spot, conducted a joint operation, managed to extinguish the fire which took more than an hour and prevented the fire from spreading further. The Fire personnel had evacuated people residing in neighbouring houses as a safety precaution.

As the Fire personnel brought out two air compressors and a LPG cylinder, a major disaster was averted. The residents pulled out to safety the Yariyuru Shankaradeva Chariot which was in the manufacturing unit.

The fire had destroyed drama sceneries, clay and cement idols, drama materials, moulds used for manufacturing idols, paint and other materials worth about Rs.10 lakh.