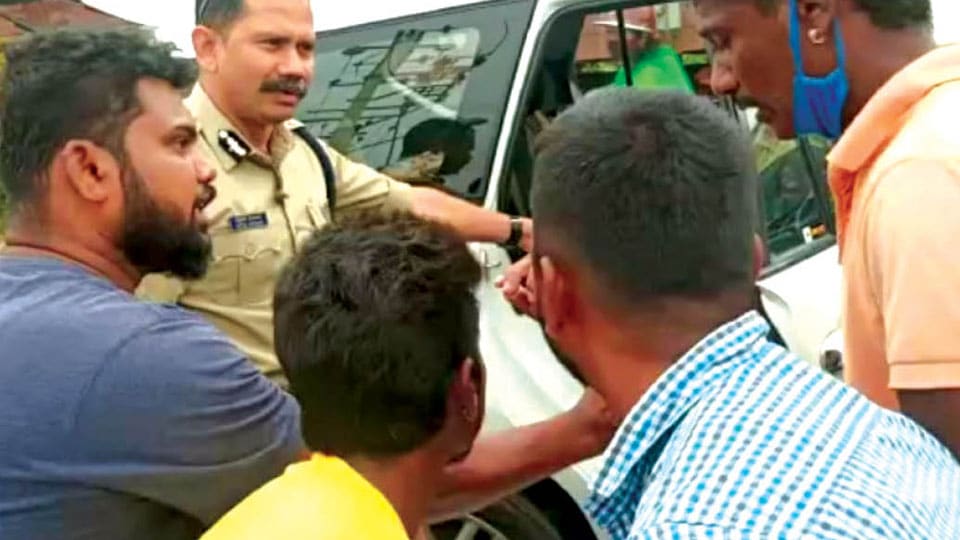 Mysore/Mysuru: Inspector General of Police (Southern Range) Vipul Kumar yesterday turned into a Good Samaritan by shifting a critically injured man to a hospital in his vehicle.

The injured man identified as Rangaswamy, a teacher at Ayarahalli village in the taluk was proceeding on the Ring Road near Siddarthanagar when he lost control of the bike and fell down near the Big Banyan Tree, resulting in him suffering serious head injuries and bleeding profusely.

Meanwhile, IGP Vipul Kumar, who was returning from Male Mahadeshwara Hill on the same road, saw a large crowd gathered on the road and asked his driver to stop the vehicle. The IGP, who got down from the vehicle, went near the crowd and saw a man critically injured and battling for life. He immediately asked his driver and the public to lift Rangaswamy and place him in his car. He then shifted the injured and admitted him to a hospital, thus displaying his humanitarian concern.

Rangaswamy is now undergoing treatment at a private hospital. The timely help by the IGP has been appreciated and lauded by the public on  social media.