Home » News » Priority will be given to educate tribals, says Minister Sriramulu 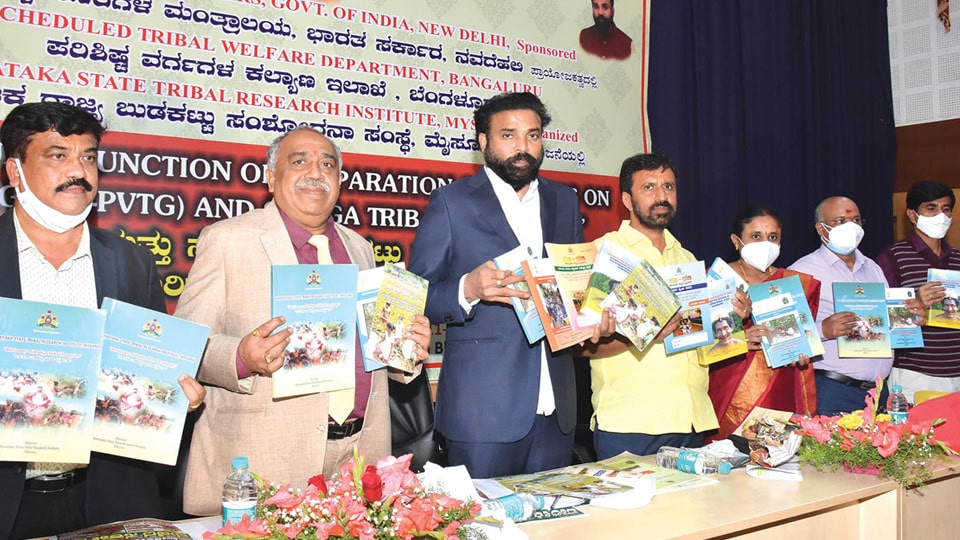 Priority will be given to educate tribals, says Minister Sriramulu

Mysore/Mysuru: Social Welfare Minister B. Sriramulu said that priority will be given for the education of tribals and that the Government was  committed  for reaching all State and Central Government benefits to targeted tribal beneficiaries.

He was speaking after inaugurating a workshop on ‘The Preparation of Primaries in the Languages of Koraga and Soliga Tribal Communities,’  organised jointly by the Union Ministry of Tribal Affairs, Scheduled Tribe Welfare Department and Karnataka State Tribal Research Institute (KSTRI) at Vijnana Bhavan, Manasagangothri, here on Thursday.

Maintaining that the State Government has set aside Rs.1,471 crore for overall development of tribal communities, he said that, however, more needs to be done for the economic, academic and social upliftment of  tribals by improving basic infrastructure at tribal settlements. The Minister announced that a festival of tribal communities will be organised at Molakalmuru in Chitradurga district in the coming days.

Sriramulu also released research study reports published by  KSRTI in the form of books on the occasion.

KSTRI Director Prof. T.T. Basavanagouda in his address said, “the KSTRI is preparing textual materials in tribal languages in order to make tribal children pursue education and make their studies easier. The population of some tribal communities is declining and the Institute wants to document their lifestyle. It also aims to frame programmes for the overall growth of tribal communities.”

Pointing out that there are 121 Girijan Ashram Schools in the State, Prof. Basavanagouda said that a report on their current status has been submitted to the Government. Noting that there are over 50 spoken tribal languages, he said that documentation was the need of the hour for saving them from the brink of extinction.

MLA L. Nagendra who presided, said that it is important to save tribal practices and customs from the threat of modernity. Stressing on the need for economic, social and academic upliftment of tribal communities, he said that officials must ensure that Government benefits reach the targeted tribal groups.