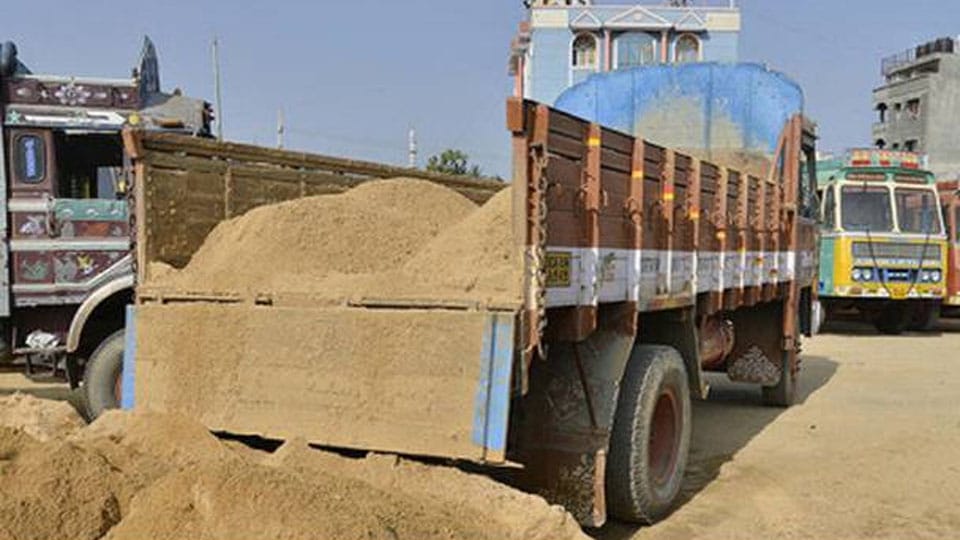 Following allegations that trucks were transporting sand illegally from Bannur side daily and the Police were co-operating with them, the ASP, along with Constables Srinivas and Deepu in plain clothes, conducted an operation yesterday early morning and stopped a sand-laden truck near Vajamangala Gate. The driver, soon after stopping the truck, fled from the spot, leaving the truck behind, the ASP said.

ASP Shivakumar further said that they had information about illegal sand mining on the banks of River Cauvery at Bidaralla Hundi village in Bannur taluk and the trucks used to transport the sand illegally to Mysuru.

The sand-laden truck (KA-21-A-1985) has been seized and it is learnt that the truck belongs to one Lokesh of Doddapalya in Srirangapatna taluk and the owner of the truck would be confirmed only after an investigation, the ASP said and added that a case has been registered and a hunt has been lodged to nab the absconding truck driver.