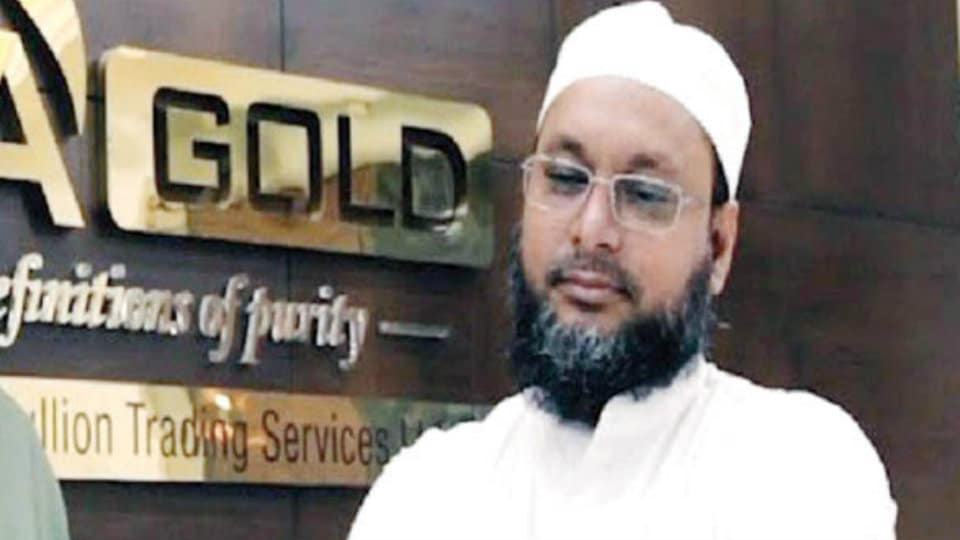 Mansoor is reported to have fled the country after Eid on June 5 along with his family and huge quantity of gold ornaments, silver jewellery, diamonds and unspecified amount of cash.

“We are on the lookout for Mansoor Khan and will seek Interpol’s help through the Union Home Ministry to extradite him to India after ascertaining in which country he is hiding,” SIT sources said this morning.

An Interpol notice or a Red Corner Notice is an international alert circulated by Interpol to communicate information about crimes, criminals, and threats by Police in a member State to their counterparts around the world.

Meanwhile, the Mysuru City Police have received over 1,678 complaints from the victims of the blade company and the money that was invested by Mysureans in the ponzi schemes floated by IMA has crossed Rs.63 crore.

Till yesterday, in Devaraja Sub-Division jurisdiction, 1,226 complaints have been lodged at Udayagiri Police Station, three in Nazarbad and six at Lashkar Police Station.

Udayagiri Police Station alone had received 682 complaints on the first day and yesterday it received 33 complaints.

A majority of the investors had invested their hard-earned money and some victims had borrowed money to invest in IMA jewels, lured by the firm’s offer of attractive returns.  The bunch of complaints would be handed over to the Cyber Crime and Economic Offences Office on Ashoka Road which in turn will hand over the same to the SIT.