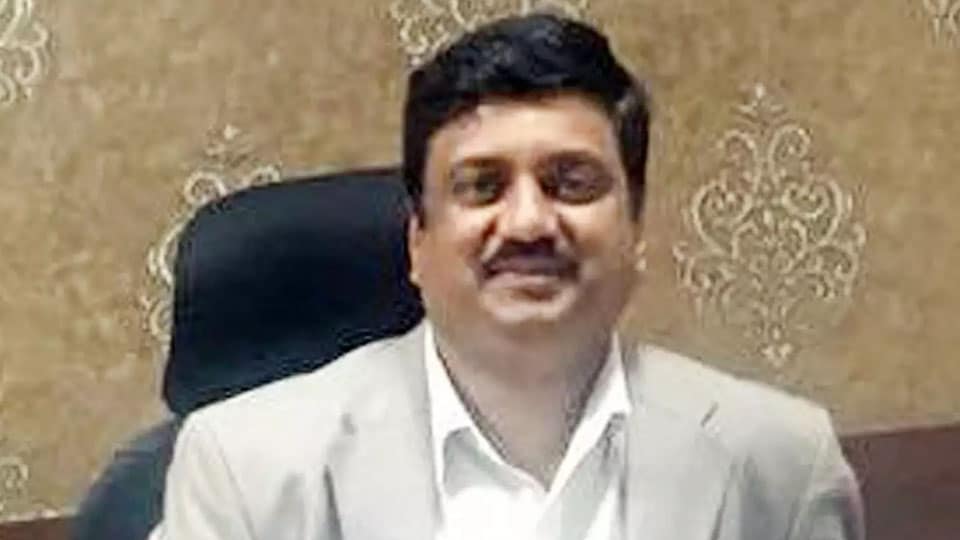 Bengaluru: Senior IAS Officer and former Deputy Commissioner of Bengaluru Urban District, B. M. Vijayshankar, who was an accused in the IMA (I Monetary Advisory) Jewels Ponzi scheme scam, allegedly committed suicide by hanging self at his residence in Jayanagar here on Tuesday night. He was 59.

The incident came to light at around 8 pm. Vijayshankar, who stayed with his family in  Bengaluru’s Jayanagar, is survived by his wife and two daughters.

Vijayshankar was accused of accepting Rs. 1.5 crore as favour from IMA Jewels Founder Mansoor Khan for allegedly issuing a financial clearance to the company, when serving as Bengaluru Urban DC. After the IMA Ponzi Scheme scam broke out early last year, the SIT, which was formed by the State Government to probe the case, arrested him and subsequently he was suspended from service. After spending a few days in Jail, he was released on bail. However, he was recently reinstated and posted as Director of ‘Sakaala’ Mission, it is learnt.

After initial investigation by the SIT, the Government had handed over the IMA scam to CBI and he was reportedly under severe mental stress after he was booked along with others in the scam. The CBI, which continued probe into the scam, had reportedly issued summons to Vijayshankar to appear before it for questioning on a specified date later this week, it is said.

The jurisdictional Tilaknagar Police have registered a case in this regard.