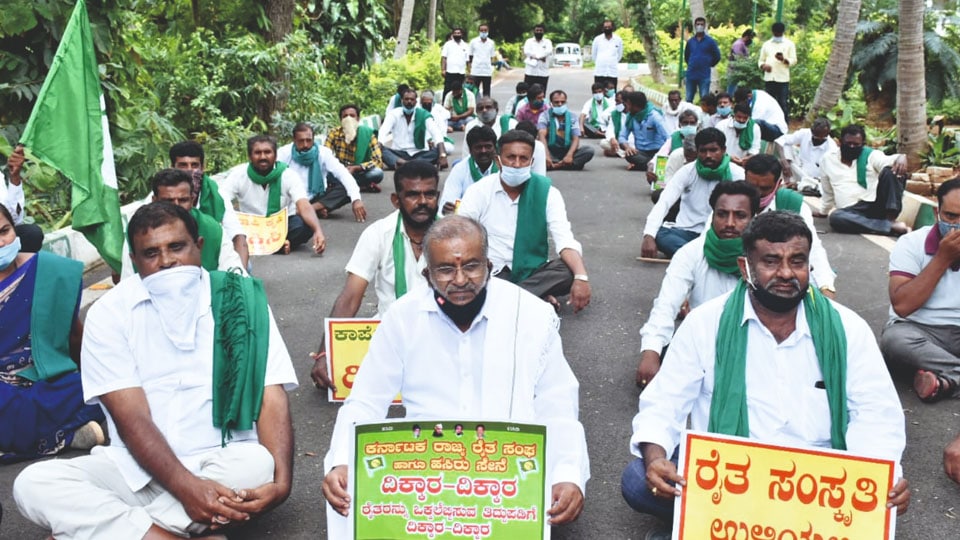 The protestors said that if the amended Land Reforms Act is implemented, it would create food scarcity and would allow anyone to purchase agricultural land and utilise the land for any purpose. He feared that industries would also come up on rich fertile agricultural land, thus decreasing food grains production.

MLA L. Nagendra, who arrived at the spot, received the memorandum and assured them of submitting the same to the Chief Minister and Revenue Minister.

MLA G.T. Devegowda, who too arrived at the guest house, supported the farmers and joined them in their protest for some time. He later received the memorandum from them and assured of his support.