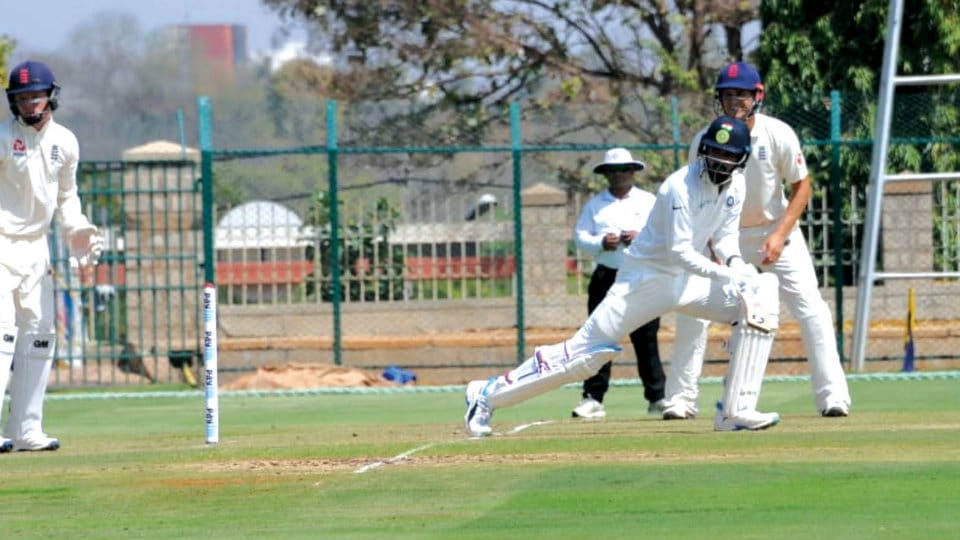 India ‘A’ off to a steady start against England Lions

Mysuru: India ‘A’ got off to a steady start on the opening day of the four-day second Test Match against England Lions at SDNR Wadiyar Stadium (Gangothri Glades), Manasagangothri here this morning.

India ‘A’ captain K.L. Rahul won the toss and chose to bat without any hesitation on a placid wicket, perfect for batting.

Rahul opened the batting along with Abhimanyu Easwaran and after a sedate start, the duo found momentum and began to score runs freely.

The four days game, which concludes on Feb.16 is all set to see a keen battle between the two teams.

The first four day test match between the two teams was  held at Wayanad, Kerala earlier this month ended in a draw, although India ‘A’ held an upper hand in most sessions of the match.