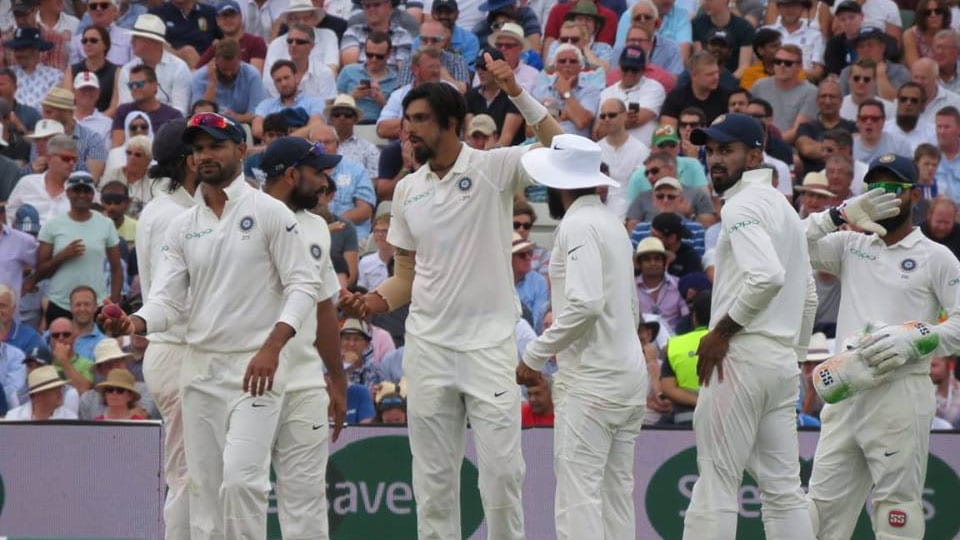 Cricket in England — many a time — is reminiscent of this. ‘Grounds-men prepare pitches diligently. Out-fields are lush green with overnight haircuts, moods in dressing rooms are upbeat, spectators are expectant of competitive game, umpire calls out ‘PLAY’ and it starts raining. Though not verbatim, the 2nd Test at the Lord’s was not very different. Englishmen yet again stamped supremacy in the test while our boys; yet again; succumbed to the accuracy of the English pace battery, rather incompetently.

Imagine, Adil Rashid was called back for ‘Red-Ball’ cricket and was hardly used in the first innings and not a ball in the second. Interestingly, the two batsmen who won the hearts of millions were Ashwin and Woakes; both of them being ‘Bowlers.’ Woakes maiden test hundred at the Lord’s was brilliant and blemish-less while Bairstow’s strokeful knock of 93 laid the foundation for their match-winning-partnership. He richly deserved a hundred. The two of them and young Sam struck the ball confidently.

Who was better — ‘Stokes’ or ‘Woakes’? Stokes bowled brilliantly in the first Test and his absence at Lord’s was hardly felt as Woakes stood staunchly by Jimmy, Broad and Sam to traumatise tentative blades of our guys. If Stokes is well over the ‘Seven Vodkas’ in the Court case, he could well replace Rashid in the 3rd Test.

Our current batsmen are ‘Tigers’ in our own back-yard and in the sub-continent. They lack application to evolve on the international platform. As Ganguli mentioned, ADAPTING to local conditions, ADOPTING techniques to the needs of prevailing conditions and IMPROVING with times seem imminent for a good contest. It is not as though India is playing their 1st series in England. Debutant Ganguli scored back-to-back hundreds at the Lord’s and Trent Bridge while Dravid has done extremely well in England. Our current ones look all at sea. Diffidence was writ large on the faces of Vijay, KLR, Pujara, Rahane and DK —whereas Pandya and Ashwin met the ball more competently. KLR’s dismissals in both the innings have shocked keen observers. Per Ganguli, youngsters need the urge to get the eyes in, work the balls initially around legs covers and gear up for big scores than merely blocking the balls in ugly approaches/ styles. Well, coffins of the diffident FIVE seem to be waiting for the nails.

Vijay seems a spent force, KLR needs a psychologist, DK looks school-boyish, Rahane needs the determination of a Richie Richardson/ a Williamson/ a Damien Martin/ a Steve Waugh to steer the middle order. Merely shuffling the 16 to get the 11 for the 3rd test looks like shuffling jokers in a pack of cards. Tough talking by Ravi Shastry seems essential.

Well, cricket is a funny game. On their day, Eskimos may beat the English. A decade ago, a weak Zimbabwe has beaten us. So, the hopes are still there for our boys to spring back and demonstrate to the world emphatically — ‘WE ARE BACK IN THE SERIES.’

Good luck to our boys.