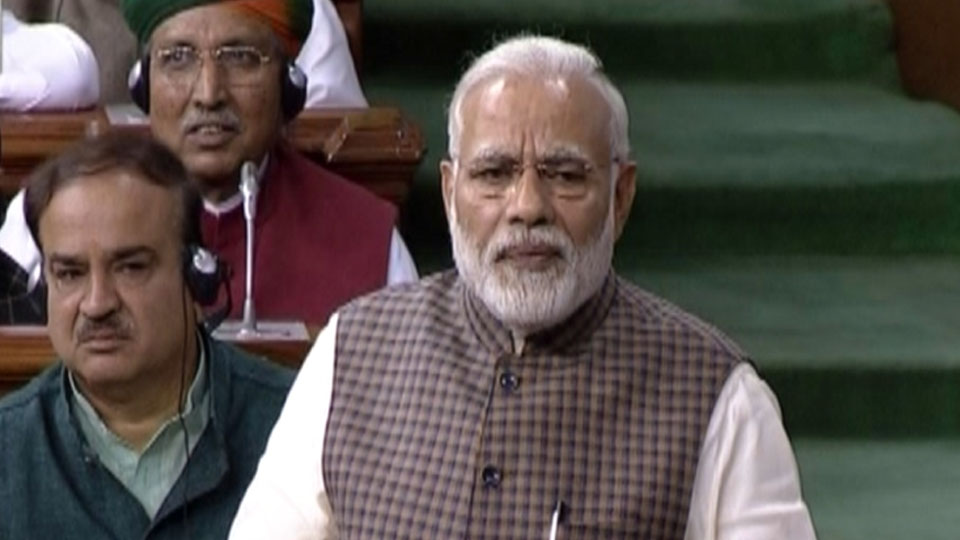 Indians have suffered due to poison sowed by Congress: PM Narendra Modi

New Delhi: Prime Minister Narendra Modi launched a fresh attack at the Congress Party this morning, saying the country has been suffering due to the “wrong” policies it has pursued since independence and that the party has spent time singing paeans to one family instead of focusing on people’s welfare.

Replying in the Lok Sabha to the Motion of Thanks on President’s address, PM Modi said whenever his government was criticised by select opposition parties, substance was lacking in their arguments as they would go back to saying — “when we were in power”.

“This is the same party that divided India. Had the Congress worked properly, the country would have been much better,” says PM Modi. Partition was a result of Congress’ wrong policies. “Not a single day has passed when the country has not suffered due to poison sowed by you. Entire Kashmir would’ve been ours if Sardar Patel had been our first PM,” Modi said.

“How can one of the leaders say that India got democracy because of Pandit Nehru and Congress Party? Is this their reading of India’s history? What arrogance is this? India did not get democracy due to Nehru, as Congress wants us to believe. Please look at our rich history. There are many examples of rich democratic traditions that date back centuries ago. Democracy is integral to this nation and is in our culture,” said PM Modi.

6 COMMENTS ON THIS POST To “Indians have suffered due to poison sowed by Congress: PM Narendra Modi”