Home » Feature Articles » India’s population challenge…Is there a way out? 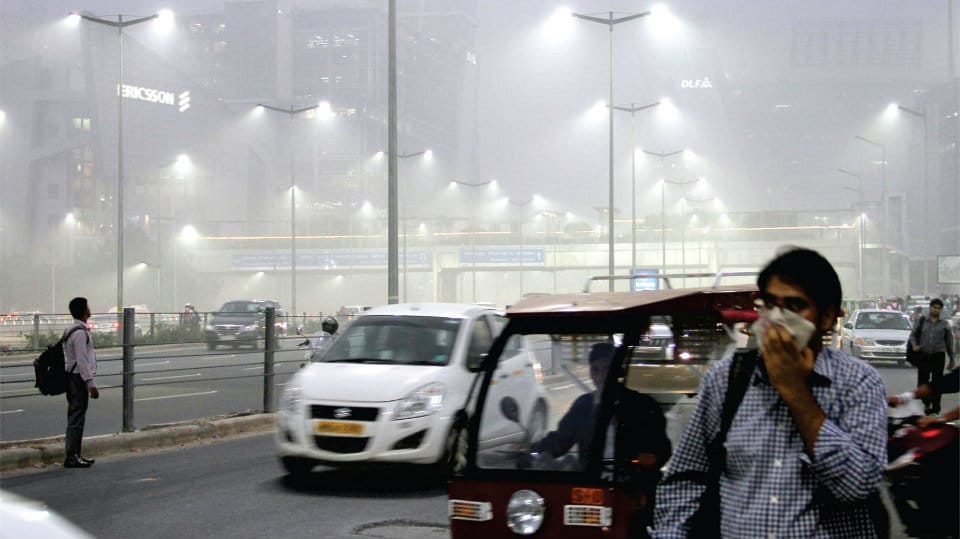 India’s population challenge…Is there a way out?

Events in India hardly get reported in global media.  But what found space in many of the world’s newspapers and televisions were images of smog-filled Delhi and streets clogged with thousands of vehicles.  And as usual, we saw the blame game enacted by our politicians, schools closed down, the National Green Tribunal having its say, NGOs coming up with their share of comments and the band-aid solution of odd-even plying of vehicles.

Once winter moves on, so will this crisis — till the onset of the next winter and the whole story will be played all over again.  Why is that the underlying, larger systemic reasons not being handled the way that it should be get little attention or media space?  And why is one unwilling to see the larger picture of our burgeoning population and the resultant pollution?

India is now home to around 1.32 billion people. Furthermore, population is expected to grow to 1.8 billion around the middle of this century. India is stretched to its limit due to overpopulation on several fronts.  The demand on already scarce resources negates any development or progress that the nation attains.  Whether it is drinking water or sanitation, programmes that are being initiated by Government will never cease to end.  There are always more toilets to be built, more people to be provided with safe drinking water and more houses to be constructed.  Apart from the inefficiency and leakages in the system, what makes matters worse is the sheer increase in the number of people placing a demand on the system.

Excessive population leads to dysfunctionality of public and private institutions and makes all plans to improve a country’s infrastructure ineffective. Whether it is public infrastructure in rural or urban areas, or creating spatial and digital connectivity to the teeming millions, investments can never really match the needs.  For real progress and the nation to thrive at the current levels of economic growth, the country’s population should ideally have been around 500 million.  But we are nearly four times the population that India was when it got its freedom in 1947 without a parallel growth in support facilities.

The consequences of population growth are a problem that the whole world will soon face sooner or later, but it is worse for India. Lack of fresh water, whether it is for domestic, industrial or agricultural use, crumbling sewage treatment and waste management systems, rapid depletion of natural resources and increasing use of fossil fuels, increasing urbanisation with crumbling civic amenities, extinction of many plant and animal species due to deforestation and loss of eco-systems, increased levels of life-threatening air and water pollution, inability to maintain public infrastructure,  fall in standards of public probity and societal morals, high infant and child mortality rate and hunger due to extreme poverty are some of the results of this over-population that we are already experiencing.

While billions of rupees are being spent by public and private sources, one cannot dismiss the growing inequality socially and economically.  One cannot merely keep repeating the rhetoric of growing the pie, the reality of having less number of people sharing the social and economic pie has to be taken seriously. The issues are even more critical due to the advancements in Artificial Intelligence and Automation.

Automation threatens 69 percent job losses with millions of job losses already occurring in the IT and production sectors. With farm labour becoming less and less remunerative, unskilled people are now looking for low skilled jobs that are just not there.  Imagine the challenge of India’s social and economic fabric threatened by this growing numbers of disenchanted and restless generation of young people with heightened aspirations.

While it is customary to see them as law and order issues, let us not forget that the sectors that can absorb some employment – whether it is the Police, the judiciary, retailing or hospitality and leisure – they can only assure secure jobs to a small segment of this population and that too after basic skilling. Even jobs like driving and running taxis are going to disappear as driver-less cars are going to be the reality within the next decade. Let us not forget the fact that the city of Dubai is already experimenting with robot Policemen and Wal-Mart in the US has begun to replace low-skilled people checking store-inventory with robots.

While many people are already aware of social and environmental problems due to overpopulation, but only a few are aware of its adverse effects on health. Most Indian cities (and not just Delhi) are badly polluted and have little fresh air. This leads to countless airborne diseases and skin infections.  Poor public transport further worsens this as private vehicles are now becoming a necessity and not just seen as a luxury.  Reduction of sheer numbers is the only viable solution.  And that cannot be managed as our population size, coupled with a populist political system, will just not make it feasible or tenable.

While it is easy to wrap our minds around the problem, we need to understand what led to this.  Though marriage age has been legally fixed at 18 years for girls, it is still customary for families, especially in rural areas to get their daughters married earlier than that.  There is enough statistical evidence to show that girls getting married after 18 are likely to be educated and have fewer children.  Poverty has seen to have a direct correlation to family size but unfortunately it ends up being a chicken-and-egg-story.

Growth cannot benefit people as the population is too large while the rich are known to have less number of children.  State intervention beyond just doles and welfare are needed to tackle this head on.  Whether it is a re-look at other incentives for smaller family size like eligibility to contest elections or getting tax cuts, one has to think out-of-the-box to disincentive large families. Building the human and social capital of citizens on a war-footing is inseparable to the issue of over-population.  The cultural narrative of seeing the men as wage-earners and women as confined to the kitchen has to be refashioned and a voluntary movement to undo years of conditioning is imperative.

The government, politicians, policy-makers, media and civil society groups and activists should come together with a bold population policy so that the human, social and economic growth can keep pace with the demands of a growing population.  Major steps which have been already implemented need to be emphasised more and go beyond any political or religious underpinning.  It is not about being a Hindu or a Muslim or a Christian — it should be about being an Indian and such a population policy should be universal and enforceable across all demographics. Increasing the welfare and status of women and girls, making education and health care universal, increasing awareness for the use of contraceptives and family planning methods for both men and women, sex education in schools, and building safety nets for the socially and economically marginalised — all has to be done together and at the same time for consistently long periods to start making a noticeable difference.

We need to remember that India has 15% of the world’s population with a mere 2.4% of the land area. While it is inconceivable to expand our land area, the only way out is to stabilise the population to manageable levels.  And this needs to be done within the next 10-15 years, or we may not have an India to talk about in real terms after that.

Dr. R. Balasubramaniam India Voices from the Grassroots
Brahmin youths must work to protect the existence of the community: Ch. Temple Priest
BMTC asked to pay 100 times the penalty it levied on hapless lady commuter!

3 COMMENTS ON THIS POST To “India’s population challenge…Is there a way out?”