Home » Columns » Leading by understanding the ‘SELF’ 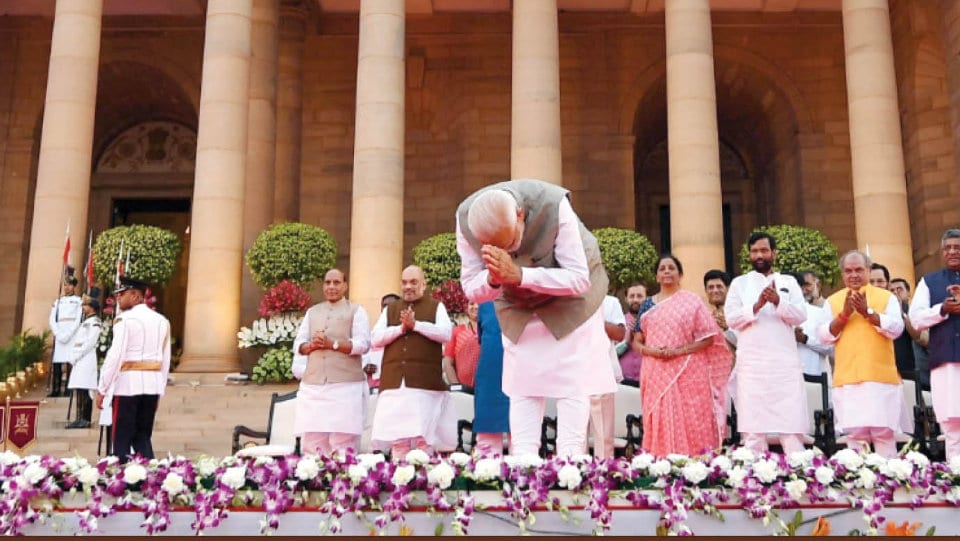 Leading by understanding the ‘SELF’

A few months ago, I saw a tweet from a recently elected Member of the Parliament (MP) expressing his happiness at the address of the Prime Minister to the newly-elected members.  In his address, Prime Minister Modi reminded the MPs that being an MP should not be seen as a position of power but should be regarded as an opportunity to serve their constituents and the Nation.  He asked them not to focus on the privileges of office but instead be grounded and humble and live the life of an ordinary citizen.

The same MP a few months later tweeted how upset he was with the Police of his city and the manner in which they handled his traffic movement.  It seemed quite ironical that it only took a couple of months for him to forget the life of an ‘ordinary citizen.’

While I am not for a moment standing in judgement of what is now accepted as normal for people in power, I am only trying to wrap my mind around how people see and understand themselves.  The people in power are also the people on whom several leadership demands are made and it would only seem a fair demand on our MPs to begin to exercise good leadership along with their authority to legislate and govern.

Leadership itself can be seen, interpreted and defined in several ways.  Leadership is always in context and literature regarding leadership too has evolved over the centuries. In business, the term leadership referred to people in senior management positions and the functions that they served.  It has over the years now evolved to mean senior people providing a vision for their companies and influencing others working with them to deliver on the same.

The Military world has seen leadership as a central authority who commanded and controlled. At the same time, it also served the purpose of inspiring people to lay down the lives for the nation or a larger cause if the situation demanded it. While it served the larger purpose of how and why the military functioned, this view would seem dysfunctional in the rest of the civilian world today.

Biology has described leadership as the alpha male who led his flock or group and ensured order and oversaw food gathering. The leader functioned as central pivot of attention around whom the rest of the group instinctively gathered and submitted themselves to the prominence and dominance of this leader. The political world has nearly always equated leadership to the person in power, having strong influence, of a great station or position and endowed with the ability of leading a party or Government with decisiveness and authority.

It was Thomas Carlyle in the nineteenth century who came up with his explanation of the ‘great men’ having personality traits that endows them with being leaders and exercising leadership.  Later theorists argued that it was not great men who made history but historical circumstance that brought out their greatness and propounded the situationalist approach to leadership.  While the contingency theory posits that the style of leadership would be contingent on the prevailing situation, the transactional theory examines the specific interactions between the leader and his followers and the influence he gains and sustains over them. It was people like McGregor who saw leadership as a process of the leader inspiring and empowering their followers to attain greatness. Amidst the several narratives that the leadership literature abounds with, I believe a good working definition would be to see ‘Leadership’ as understanding the self, others and the actions that bind the self to the other.

Understanding the self involves seeing ourselves as a bundle of roles and our existence and behaviours being shaped and driven by the role relationships that we have with the ‘others’ around us. This also lets us appreciate that some roles are transient, others are embedded in the contexts in which our role operates and some others are relatively long term. Playing the role of a husband for a man will be distinctively different from the role that he may have to play as a son or as a brother or a friend even.

To make life complex, one may have several roles in the relationship with the ‘other’.  I may be a husband to my wife, but I can also be a friend to her in particular contexts and a business partner in a professional setting.  How my ‘self’ will deal with her will necessarily be driven by what the context is.  I cannot treat my business partner in an office meeting the same way I treat my wife, even though my relationship with her is that of man and wife.  Being aware of the several roles that we play without allowing it to affect our real self is the hard work of leadership and it needs one to be mindful, mature and humble — all at the same time.

Processing the incident of the MP from this perspective, one can see how easily one can fall into the trap of believing that the ‘role’ that one plays in life is inseparable from the ‘self’.  It would be classical leadership failure when a person fails to distinguish the fact the ‘self’ plays several roles in everyday life.  And these roles can be driven by context, by relationships, by electoral victories, by positions and the like.  Distinguishing the role of being an ordinary citizen from that of a power loaded position of being a Member of Parliament can be quite demanding.  Going further, staying grounded in the ‘self’ irrespective of the roles that one plays can be even more challenging.

But then, leadership is never easy and demands its own price.  What our Members of Parliament (a role) have to learn is that in the current context of their representing their constituents (the others), they have been endowed with the position and power to fulfil certain obligations (actions that will bind them to their constituents). It is only one amongst several roles that they may hold. Conducting themselves in alignment with their roles in the context in which they operate and not carrying on the role of being an MP into every role that they are in, will be the exercise of real leadership for them. Or, they will have to be content with exercising ‘counterfeit leadership’ which will neither benefit them nor democracy in the long term.

[Dr. R. Balasubramaniam, the founder of Swami Vivekananda Youth Movement & GRAAM, teaches leadership at Cornell University and IIT-Delhi. He can be reached at [email protected]]