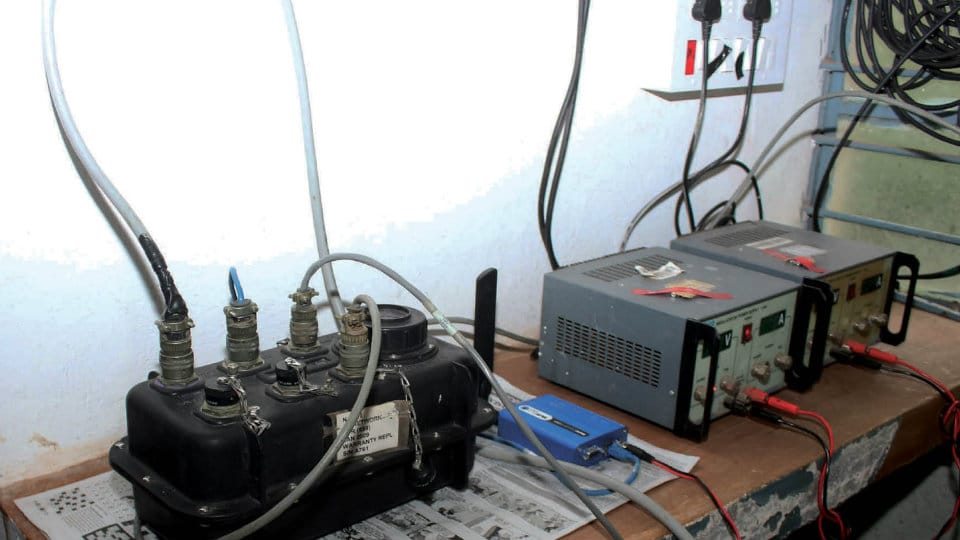 Jakarta/Madikeri: Rescue workers in Indonesia continued a desperate search for survivors this morning, two days after a powerful earthquake hit the island of Sulawesi which triggered a tsunami, killing more than 400 people and injuring hundreds after the 7.5-magnitude earthquake hit on Friday.

Indonesian Disaster Management Agency has put the death toll at 405 early today, based on the number of bodies that had been recovered. More than 400 people were badly injured. Many people are still believed to have been buried under the rubble of buildings and houses and evacuation efforts were slowed due to lack of heavy equipment and personnel.

The Seismograph or Seismometer (an instrument used to detect and record earthquakes) installed at Navodaya School in Galibeedu has pointed out the point of the earthquake to 10 km below the ground located 56 kms away towards the North-East of Central Sulawesi in Indonesia and the information was passed on to NGRI at Hyderabad.

Senior Scientist Dr. Raghavan has confirmed that the NGRI Receiving Centre had received the message.

The Seismometer at Navodaya School was installed by digging a three feet hole in the ground in a room. To monitor the seismic activity 24 hours a day, a solar battery and power back-up has also been set up. A special internet connection has also been given to constantly study  seismic activity.

Only second in State: The Seismometer imported from United States of America is only the second one to be installed in the State. The first one is installed in Dharwad. This will record the seismic activity and report to the receiving centre in Hyderabad.

The Seismometer installed at the Navodaya Vidyalaya costs Rs.6 lakh and it records tremors more than 5 Richter Scale that occurs in any part of the world.

It will also record earthquakes from 3 to 5 Richter scale in any part of the country and transmit it to NGRI in Hyderabad. Hence, the equipment is installed in a specially guarded room in a thermocol pack inside the earth.