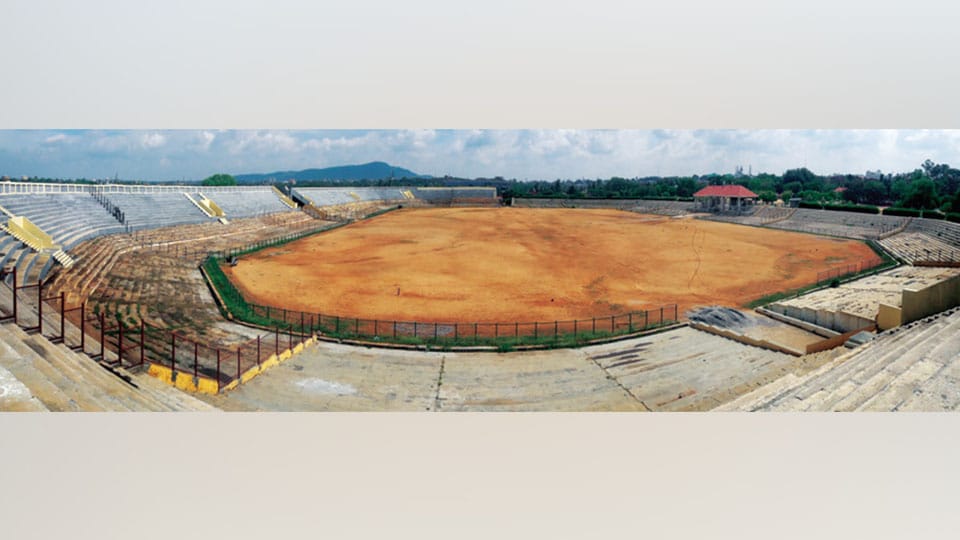 Mysuru: Here is some good news for Dasara visitors, particularly the Torch Light Parade viewers during the grand finale of this year’s Dasara celebrations — the seating capacity of the Gallery at Bannimantap Torch Light Parade Grounds has been increased to 32,000 from 22,000 seats.

The District Administration used to find it difficult to accommodate the spectators at Torch Light Parade Grounds that spread around 12 acres of land as a large number of visitors rushed to watch the show.  Now Republic Day and Independence Day celebrations are also held at the same venue every year.

Considering the need to accommodate more people for the events the city is known for, like the Torch Light Parade and to give private event organisers a suitable place to host mega events, the Mysuru Urban Development Authority (MUDA) decided to increase the seating capacity and completed various development works including permanent barricading and painting, permanent roofing and painting of the gallery and walls. MUDA has completed all the works and kept the grounds ready for the popular Dasara event.

On Feb. 6, 2013, the then State Government  had given the administrative approval for additional 10,000 seating capacity after allocating Rs. 6.55 crore for the works. Seating capacity arrangement was designed by experts from National Institute of Engineering (NIE), Mysuru.

The works on the additional  seating capacity was taken up by Skill Tech Engineers and Contractors that had the expertise and the technical know-how. Work on the project began in the end of 2016. 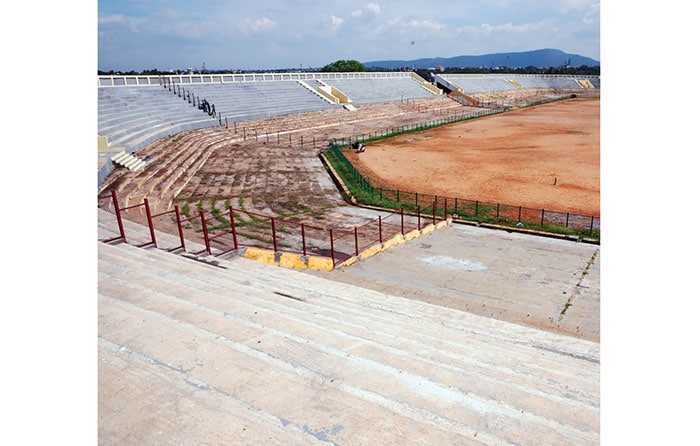 Eleven new rows have been built in an elevated platform and stone benches have been installed. 86 concrete pillars are supporting the concrete structures and 173 vertical and horizontal beams have been erected to support the structure. The seating capacity has been increased without expanding the width of the gallery.

The additional seating arrangements have been made by the side of Bannimantap towards St. Philomena’s College. The works which began slowly later picked pace and was expedited on a war-footing to get it ready for this year’s show.

Renovation cost: Rs. 6.95 crore: Speaking to  Star of Mysore, MUDA Assistant Executive Engineer C.N. Lakshmeesha said that as many as 10,000 more spectators can view the Torch  Light Parade from this year.

Stating that MUDA had spent Rs. 6.95 crore to complete the project, he said all the works that had been taken up in the Grounds had been completed and kept ready to host the event. 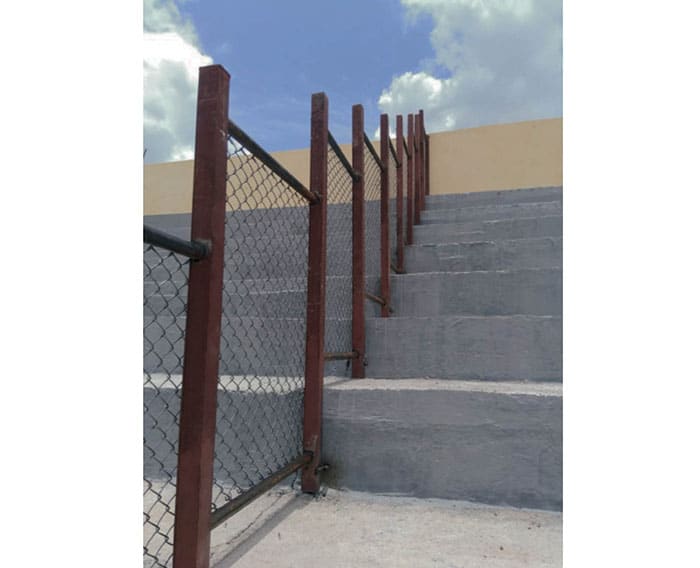 Earlier, Police used to install temporary barricades to prevent the crowd from entering the Grounds, but now  MUDA has erected permanent barricades running up to 350 meters. It has also laid underground power cables up to 700 meters.

The tiled roof of the spectator Gallery was replaced with concrete to avoid the menace of tile theft. Signboards are placed indicating entry and exit gates, gate number, spectator galleries and parking directions.