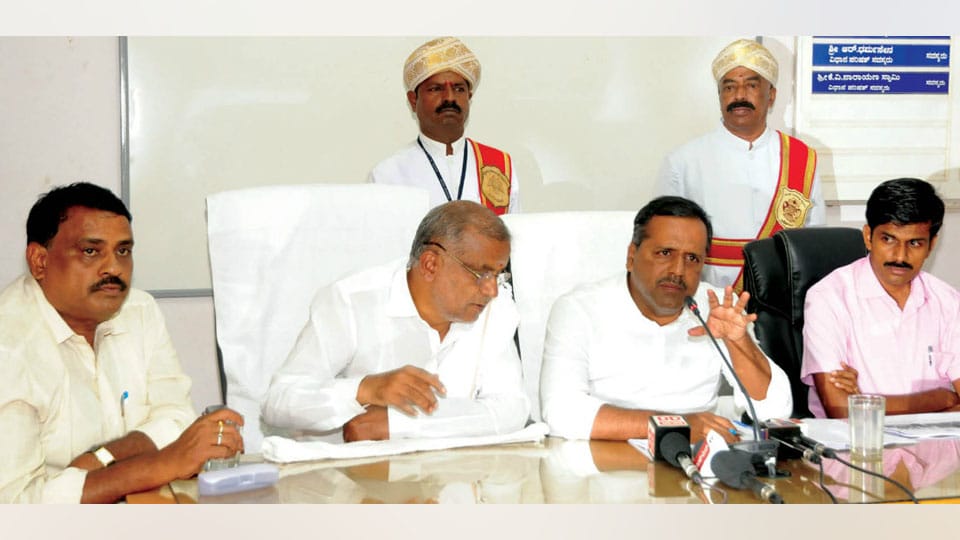 Mysuru: Urban Development Minister U.T. Khader has said that the Government will introduce a Single Window System to issue the documents related to houses and sites.

Speaking to press persons at MUDA hall here yesterday, Khader said a pilot project of Single Window Clearance System for building and land approvals will soon be introduced in the State.

Pointing out that through this project, landowners and developers can file their application on a portal from where the application will be forwarded to all concerned Departments by the System itself, the Minister said that the System will considerably reduce the waiting period of the people to obtain needed documents.

Pointing out that the pilot project will be initially launched in five cities including Mysuru, he said that under the project, applicants who own 30’x40’ sites need not wait for any approval as the software itself will issue approval on the submission of self-certified documents. The online system being introduced will avoid brokers, he added.

The Minister also announced that to address grievances related to MUDA, an Adalat will be convened in his presence after Dasara. Replying to a query on Kurubarahalli Survey No.4, Alanahalli Survey No.41 and Vijayashreepura Layout issues, Khader said that this was his first meeting with MUDA officials after he took over as Urban Development Minister and he will discuss all issues shortly and try to find a lasting solution for the rows.

The Minister further said that the Government has released Rs.63 crore to MUDA and MCC for beautification of the city before Dasara.