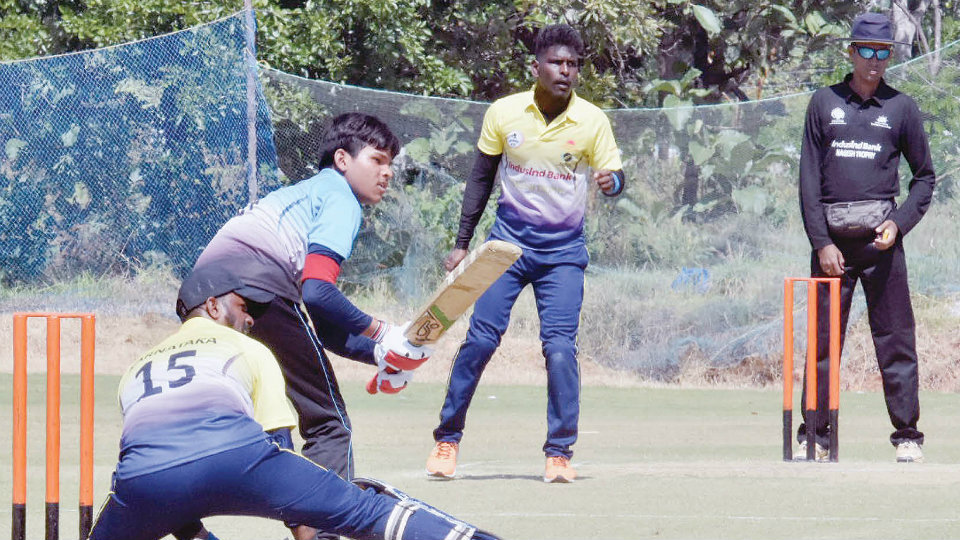 In the first game of the day played between Karnataka and Delhi, Delhi won the toss and opted to bowl first. Wicket keeper batsman Prakash Jayaramiah, who was struggling for form since the start of the Tournament, roared back to form with a brilliant knock of 79. Captain Sunil Ramesh, then finished off the innings in style as he notched up a 32 balls 71 to power the hosts to 217 for the loss of five wickets. Chasing a huge target, the Delhi batsmen were always behind the required rate as the Karnataka bowlers kept chipping away with crucial wickets. In the end, the target proved to be out of reach as Delhi succumbed to a defeat by 63 runs. For his brilliant batting display and two lightning quick stumpings, Prakash was adjudged ‘Man of the Match.’

In the second game of the day between Goa and Haryana, Haryana emerged as comfortable winners by 10 wickets. Goa had won the toss and opted to bat first. Akshay Borikar thrilled the crowd with a quick fire 48 of just 18 balls. But the rest of the batsmen struggled against the Haryana bowlers as they could post only 159 runs in 20 overs.

Chasing a par score, Haryana were in an absolute hurry as they chased down the target in under 10 overs. Captain Deepak Malik smashed his second century in as many days by scoring an unbeaten 103 in just 35-balls as Haryana cruised to a comfortable victory.