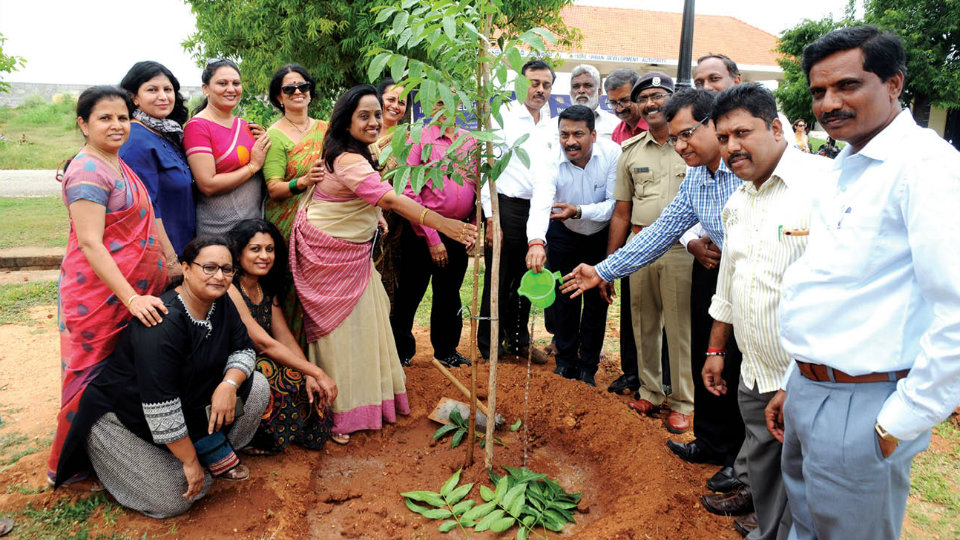 The varieties of saplings that were planted around the ground included mahogany, tamarind, neem, jamoon (Nerale hannu) and spathodea. 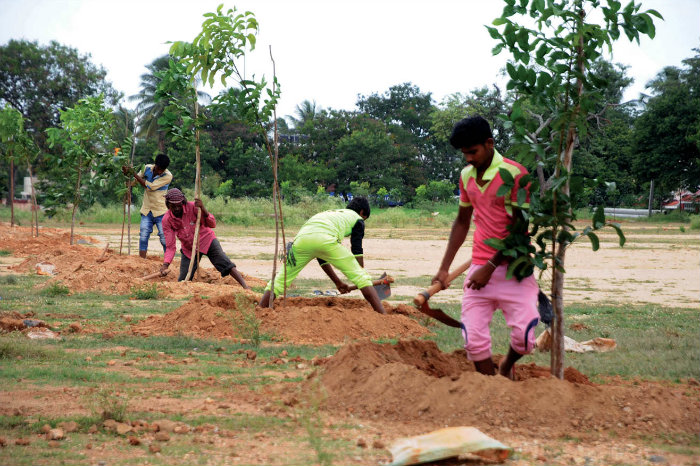 Inner Wheel Club of Mysore President Uma Mahesh, speaking to Star of Mysore, said that the National Association President of Inner Wheel Clubs had given a theme this year called ‘Branding and Environment’ and under this project, they had taken up planting of the saplings.

“MUDA gave us the land in Torch Light Parade Grounds and Forest Department gave 1,500 saplings free to be planted all around the grounds.  We also have plans of beautifying the Grounds,” she said.