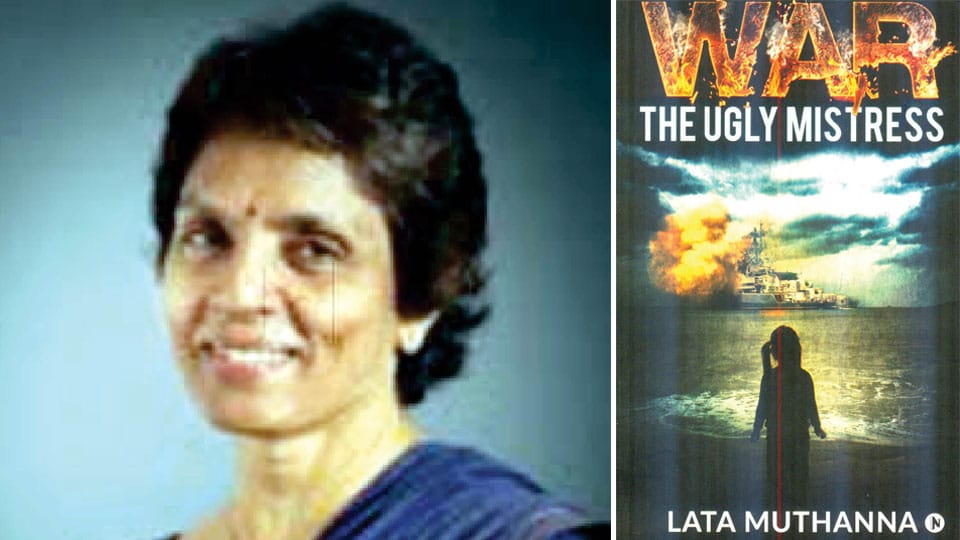 Poets, novelists, essayists, playwrights, chroniclers, biographers and scholars write on a multitude of subjects in distinct styles of their own, familiar to their captive readers. Author of this book, a Consulting Physician, has narrated in a unique style of her own, expressing her thoughts portraying an unmistakable disenchantment with human species, against the backdrop of wars.

The publication opens with quotes by renowned writers that prepare readers to understand and appreciate the author’s own intense feelings. All the quotes, chosen with care, are highly relevant to the author’s narrative, which is in easy style, although many readers many need a lexicon alongside while reading. The book’s title seems to have been inspired by the quote of Christian Cameron, Canadian novelist, one time officer: “War is an ugly mistress, and civil war is the worst hag of the lot.”  The quote of John Steinbeck, a Nobel Laureate in Literature known for his keen social perception, portrays the frailty of human beings crisply: “All war is a symptom of man’s failure as a thinking animal.” The quote of Otta Van Bismarck, (1815-1898), the Prussian Statesman, considers even a victorious war as an evil, from which Statesmanship must endeavour to spare nations. The fourth quote of Buckminster Fuller (1895-1983), an American architect and futurist reveals the other side of advances in technology with the words: “Humanity is acquiring all the right technology for all the wrong reasons.”

In all humility, the author, in a longish preface, has felt that her work, may be rated as laboured alluding to the epic Ramayana, a native expression for any boring, oft-repeated, endless old tale.

READ ALSO  Modern South India: Past and modern story of South India and of Southern Culture

The paper back, priced low as it is, doesn’t burden most readers. The author, with a penchant for reading everything that she can lay her hands on, has done a remarkable job of putting across to the readers her distilled presentation of the reality relating to the uncivil side of human nature, all captured in ten parts.