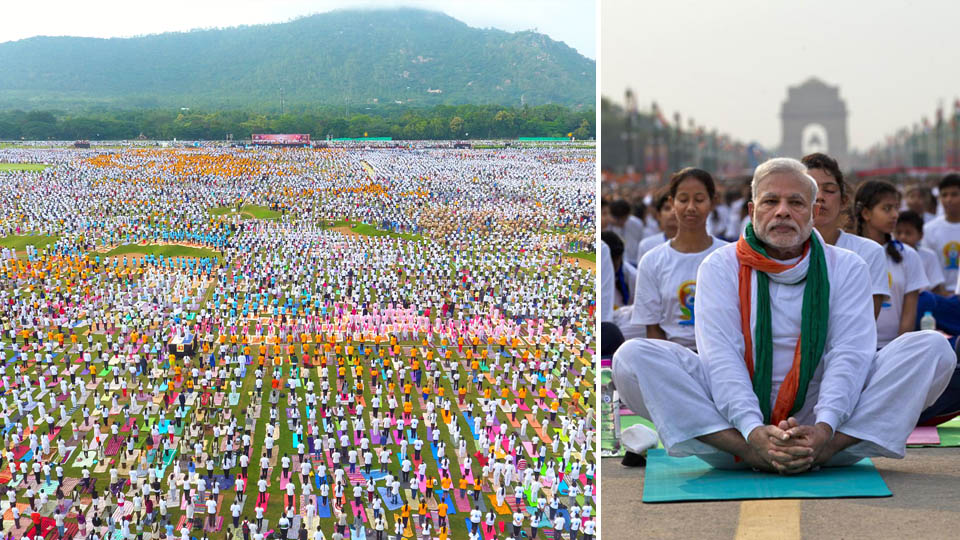 “We have already started preparations. The main function will be held outside New Delhi. Four cities — Mysuru, Jaipur, Hyderabad and Ahmedabad — have been shortlisted for selecting the venue of the main function of IDY this year,” a senior official from the Ministry of Ayurveda, Yoga and Naturopathy, Unani, Siddha (AYUSH),” said in New Delhi.

According to the official, several States were consulted and based on their responses, the four cities were shortlisted. In the lead-up to the main event, an International Yoga Festival would be held in March end, which will be followed by 10 State-level Fests to be held in different parts of the country.

“The aim is to build an atmosphere of Yoga in the lead-up to the main event and sensitise the masses about the grand function on June 21,” the official said.

“We want to convert Yoga into a bigger activity, stretch it over the entire year and not just restrict it to a one-day event,” he said.

Last year, the main event of IDY was held in Lucknow in which Prime Minister Narendra Modi participated. The first IDY celebration was organised at Rajpath in New Delhi on June 21, 2015, in which representatives of 191 countries took part. In 2016, the main function was held in Chandigarh.

Mysuru holds Guinness Record in the Largest Yoga Lesson category. With 55,506 participants, the city officially entered the record book for the largest gathering at a single venue on June 21, 2017 on the occasion of International Yoga Day.

Reacting to the Centre’s choice of Mysuru among the four cities for the main event of International Yoga Day, Deputy Commissioner D. Randeep said, “Thanks to media. Our efforts have paid off. Hopefully the District Administration can pull off another World Record in presence of Prime Minister and Chief Minister,” he said.

Last year, Mysuru Kodagu MP Pratap Simha had invited Prime Minister Narendra Modi to inaugurate the International Yoga Day in Mysuru. Simha told the PM about Mysuru’s association with yoga and he had highlighted how the city has emerged as a hub for international students to learn the ancient discipline.

It may be recalled here that Union Minister of State for Tourism (with independent charge) Alphons Joseph Kannanthanam, who had come to the city recently to inaugurate the Mysore Travel Mart, had said that Mysuru is not India’s Yoga Capital.

“The boast of Mysureans calling the city as yoga capital is not true. Just by gathering thousands of yoga enthusiasts and creating Guinness World Record does not make it the yoga capital. Rishikesh is truly the Yoga City,” he said, surprising everyone gathered at the event.