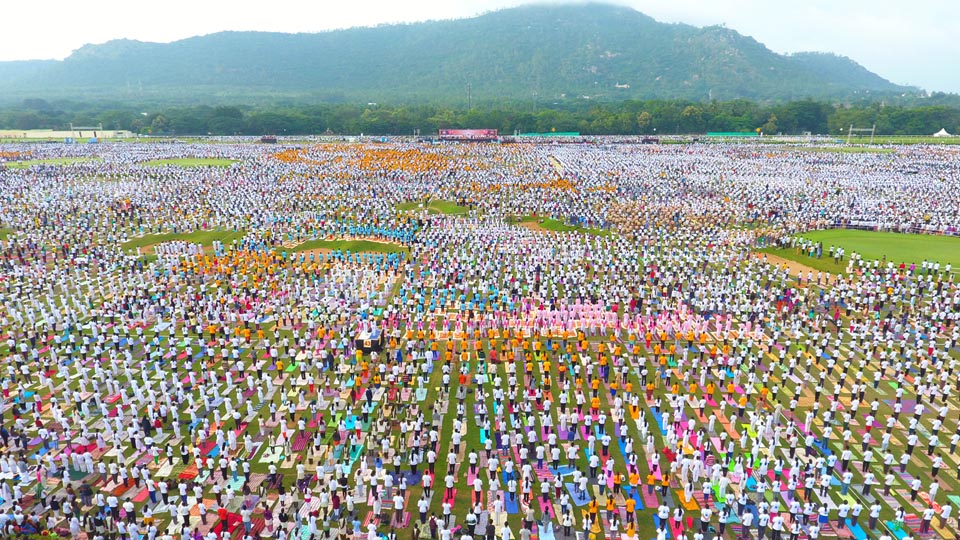 Mysuru: Despite the best efforts of the District Administration, the city lost out to Ahmedabad in entering the Guinness Book of World Records for the largest gathering at a single venue during the International Day of Yoga on June 21.

With an attendance of 54,522, Ahmedabad is all set to enter the Guinness Record, it is learnt. The previous record for the largest attendance was 35,984 at Delhi in 2015.

Deputy Commissioner (DC) D. Randeep, speaking to SOM this morning on Mysuru failing to break the  record, maintained that the District Administration had not organised the show focussing only on breaking the record. Promoting tourism in Mysuru region by catching the attention of the world through the largest yoga gathering was also a main objective of the show, the DC said and added that Mysuru fell short only by just 400 people.

The gathering of 54,101 people at the show speaks volumes about the success of the show, he said and added that the successful organisation of the show was in itself a big feat.

2 COMMENTS ON THIS POST To “International Yoga Day: Mysuru loses out on Guinness Record”