Home » Columns » The Joy and Spirit of Ramazan ! 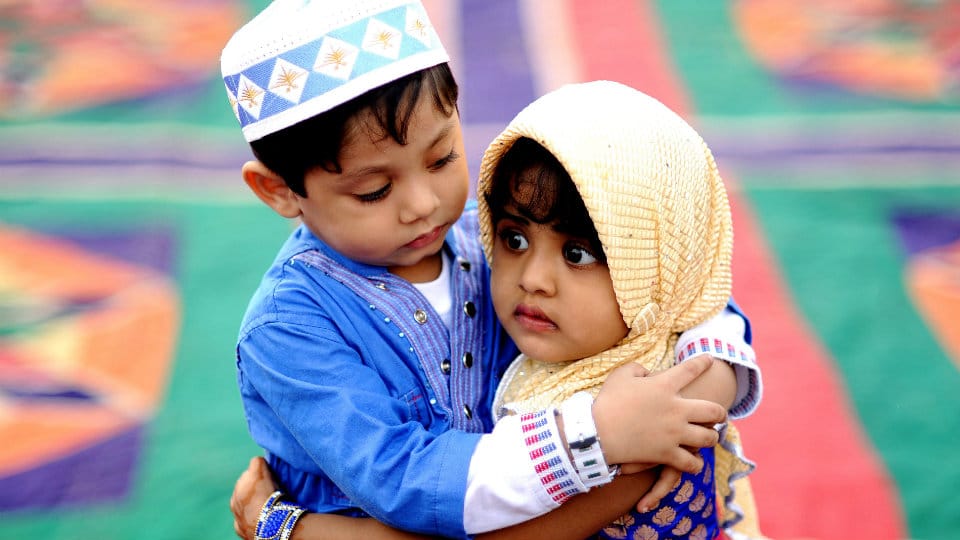 The Joy and Spirit of Ramazan !

In the year 2009, in this very same column I had written an article about Ramazan, the ninth and perhaps the most well known  month of the Islamic calendar. Thanks to the requests of my numerous non-Muslim friends who want to know more about this very ‘visible’ month, I am writing once again about what this unique month means to Muslims across the world.  I call it a very visible month because you cannot go to any city or town with even a small Muslim population and fail to notice the all-pervasive festive spirit in the air.

Shops selling clothes and other related accouterments that help people, both rich and poor, to look their best, display their best wares and announce their best discount offers. Streets leading to mosques are lined by temporary food stalls that attract and tempt people to give up every one of their most rigorously followed dietary restrictions! Newspapers carry centre-spread articles about the special dishes that are associated with this special month. Star of Mysore too has been carrying these write-ups year after year. The overall impression that most non-Muslims get from what they see around them is that this month is only a month of celebration and unbridled feasting.

Although most people may only see it as a month of obvious celebration, shopping and eating, there is a great deal of spiritual responsibility attached to Ramazan.  This very solemn and slightly hidden side of this month actually offers much spiritual satisfaction and solace to every devout Muslim, young or old. While all the feasting is only the bonus that comes with it, the less temporal side of the holy month is what renews and strengthens the spiritual resolve of Muslims to do much good to themselves and to others.

Right now Muslims all over the world are in the fag end of the last one third of Ramazan. Today is the twenty-seventh day of the holiest month of Muslims with the night that has just gone by being considered to be the holiest night of the Islamic year. This is so because the Holy Koran which all Muslims across the world accept as the infallible word of Allah says that worship and prayer on this night is equivalent to the worship and prayer of a thousand months. Now, a thousand months translates to eighty-three years-and four-months… more than the lifetime of most people! Now, who would like to miss out on this lifetime’s reward by turning to the Almighty just for one night! That is why we saw brightly lit up mosques overflowing with the devout last night.

Ramazan is a month where all healthy and adult Muslims are enjoined to compulsorily fast from daybreak to sunset without being allowed even a sip of water. But a very noteworthy point here is that unlike in a few other religions, in Islam fasting is not meant to be a penance to atone for one’s wrongdoings and seek the pardon of the Almighty. For Muslims, fasting is an act that is meant to make a person understand the plight of his or her less fortunate brethren who may often have to endure deprivation from food for prolonged periods due to poverty. Although children are required to begin fasting only from the age of puberty, they are encouraged to start doing it as early as they comfortably can and it is common to see tiny-tots enduring their self-imposed hunger and thirst cheerfully, refusing to end their fasts prematurely even when they look visibly pale and weak!

It is also the month during which the Koran, the holy book of the Muslims was revealed in its entirety by Allah to Prophet Mohammed (Peace be upon him) through the archangel Jibra-il. It is therefore a month of greatly heightened spirituality which is observed with great devotion and religious fervour by Muslims all over the world. All throughout the month, after the fast is broken, special night prayers called Taravih are held in almost all the mosques. During the course of these prayers the entire Koran is recited by the prayer leaders or Imams who have committed its entire text to memory. This enables persons attending these sessions to listen to the entire Koran at least once in a year.

Although Islam places any kind of charity and alms-giving very high on the list of virtuous acts, it has inherent in it the very unique recommendation of obligatory or mandatory charity called Zakath which sets it apart from all other religions of the world. This act which is actually one of the five fundamental pillars of Islam, involves giving away each year without fail, two-and-a-half percent of one’s accumulated income, assets or savings. Zakath has to be paid even on the gold and silver ornaments that are worn by the womenfolk if their value exceeds a certain limit. Since Islam stands for brotherhood and social justice it asserts that the poor and needy too have rights over the surplus wealth of the rich.

The end of the month of Ramazan is marked by the festival of Eid-ul-Fitr which along with the Eid-us-Zuha or Bakrid is one of the two major feasts of the Muslims. It is called Eid-ul-Fitr because it is associated with the giving of special mandatory alms called Fitra which is the equivalent of two-and-a half-kilograms of wheat per person in cash, if not in actual grain to the poor before the Eid prayers. This act of charity is obligatory on behalf of every living person in the household including every new-born child and it is a unique recommendation that is meant to ensure that even the poorest of the poor celebrate Eid on a full stomach.

On the joyous occasion of Eid every Muslim, rich and poor, wears new clothes and joins the special Eid prayers that are usually held in an open ground called an Eidgah. Following this, Muslims in a spirit of brotherhood and camaraderie, exchange greetings in the traditional way by hugging each other and saying ‘Eid Mubarak’ which is so well-known to all Muslims and non-Muslims alike all over the world!