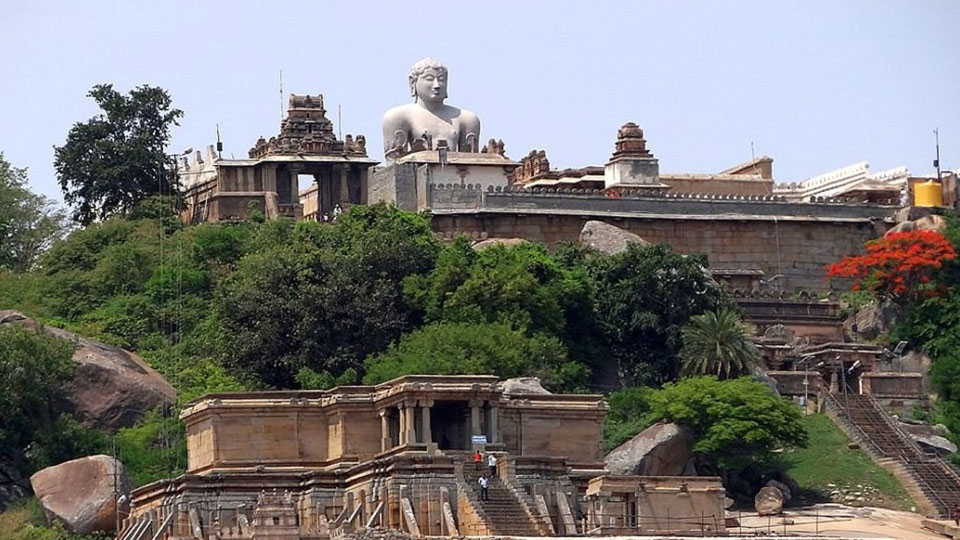 A three-day International Conference on Prakrit language has been organised from Nov.3 to 6 at Shravanabelagola Monastery. The conference will be held as a part of Bhagawan Bahubali Mahamastakabhisheka Mahotsav-2018.

The main theme of the proposed International Conference is Prakrit literature and culture. However, it covers a wide range of Prakrit and Apabhramsa literature including (a) Prakrit tradition (b) Cultural and Scientific aspects of Prakrit texts (c) Universe and Cosmology according to Prakrit texts, and (d) Philosophy, Religion, Spiritualism and Modern world.

Svastishree Charukeerty Bhattarakji, a saint-scholar of Shravanabelagola, has been a saviour of Prakrit languages. Under his aegis, the National Institute of Prakrit Studies and Research has been conducting certified diploma courses and seminars. Bhattarakji, in order to promote Prakrit, has instituted an International Award called the Prakrit Jnanabharati International Award, which also carries a cash prize of Rs. Three lakh, awarded annually to one of the outstanding scholars in the field.

“The Prakrit language has a very significant place among the ancient languages of India. Linguists have classified Prakrit as one of the important Indo-Aryan language group in the Indo-European family of languages. In the development of Indian languages, Prakrit has influenced almost all Indian languages, in some form or the other. Since it developed out of the languages of the common people, it is called the Prakrit language. The Prakrit literature is important not only for understanding the literature and philosophy of India but also for the study of contemporary Indian society and culture. The cultural and social life and polity of about one thousand years, from 600 B.C. to 500 AD, is reflected in the texts of the Prakrit agamas and their commentaries. Apart from the Indian participants, many Prakrit scholars from Russia, France, Austria, USA, Britain, Belgium, Czech Republic, Sweden, etc. will also participate in this International Conference,” said Prof. Hampa Nagarajaih, speaking to Star of Mysore.