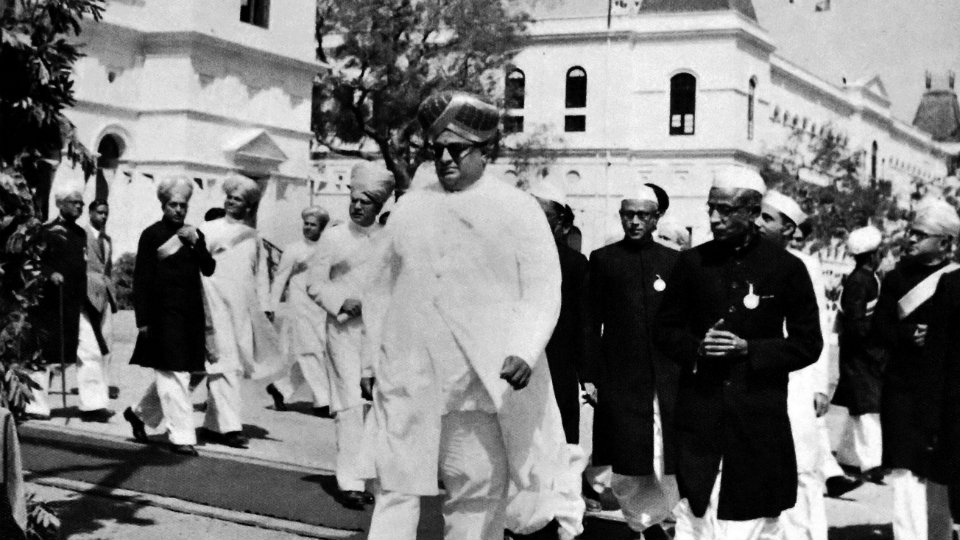 The two-day Prof. Achuta Rao Memorial International Seminar on ‘Power, Resistance and Sovereignty in Princely South India’ (with special reference to the transfer of power) will be held on Feb. 17 and 18 under the joint auspices of the Department of Studies in History, University of Mysore and Prof. D.S. Achuta Rao Centenary Programme, Bengaluru.

The sessions will be held at the Rani Bahadur Auditorium, B.N. Bahadur Institute of Management Studies at Manasagangothri. The seminar is being held as part of the centenary celebrations of Prof. D.S. Achuta Rao, who served as a History lecturer in Maharaja’s College in city from 1950-1960 and then as a Professor at Manasagangothri till 1965.

Prof. Achuta Rao, who was born in Holenarasipur, completed his MA in History in 1939 during which he wrote his first article on Hyder Ali which was published in the Mythic Society Journal in its April 1939 issue. DSA, as he was popularly known was keenly interested in the history of the Wadiyars as also the rule of Hyder Ali. He had many publications in his name including ‘Mysore’s Navy in the 18th Century’, ‘Secret Services and Diplomacy in Mysore 1600-1761’ and ‘Hyder Ali – his religious disposition’.

He was accepted to present a paper by Indian Historical Records Commission at its national conference in Mysuru in 1942 and dared to speak on a controversial topic. ‘Haidar Ali, His relations with the Crown.’

Actively involved in the Centenary Celebrations of Maharaja’s College, he was instrumental in organising a very informative exhibition, commended by Sri Jayachamarajendra Wadiyar himself. When India became Republic in 1950, he raised contributions from faculty and students to put up the Ashok Pillar, which stands majestically in Maharaja’s College premises.

When the then Mysore Government launched the Kannada Encyclopedia Project in 1962, he was chosen by the Government to write a model article and the article on ‘Raja Ram Mohan Roy’ was circulated as a template to all authors to emulate.

In commemoration of Prof. DSA, a Fellowship for Research in History has been instituted. The first few programmes in his memory supported work on Stonehenges and Cultural History of Karnataka.

During his centenary year a History Book Series has been released by Manipal University Press. Two books ‘Social and Administrative History of Mysore’ and ‘History of Mysore before 1800 CE’ will be released on Feb. 17 in city.  Three other events in Mysuru, Bengaluru and Manipal have been planned respectively during the centenary year with an aim to promote excellence in studies in History.