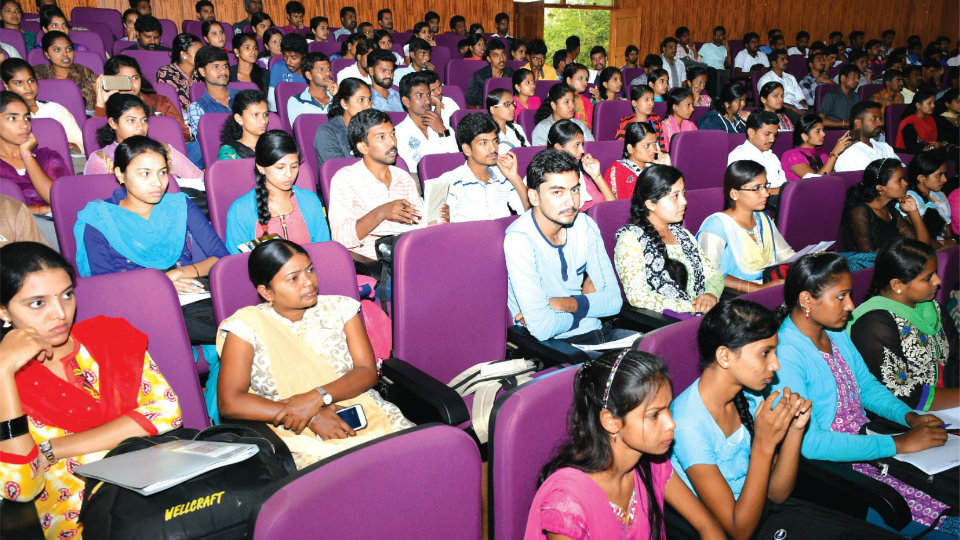 Mysuru: Mysore University Researchers’ Association, along with Navodaya Foundation, had organised a one-day free workshop on ‘Preparations for competitive examinations’ at the premises of Kuvempu Institute of Kannada Studies (KIKS) in Manasagangothri here yesterday.

Speaking on the occasion, Acting Vice-Chancellor of Mysore University Prof. Dayananda Mane said that it was proposed to open a Coaching Centre at Mysore University for UPSC, KPSC and other competitive examinations. He opined that any competitive  examination was not a tough nut to crack which could be tackled by sheer confidence and hard work. He advised students to identify the subjects which are important for the competitive examinations and study them in depth. He further said that students should set a goal for themselves in career during the beginning of their college days and put in more effort during the last year of the degree course.

He added that lack of facility should not be an excuse for setting a goal in career. KIKS Director Dr. Priti Srimandharkumar, Navodaya Foundation Founder Dr. S.R. Ravi, Researchers’ Association President B. Murthy and others were present.