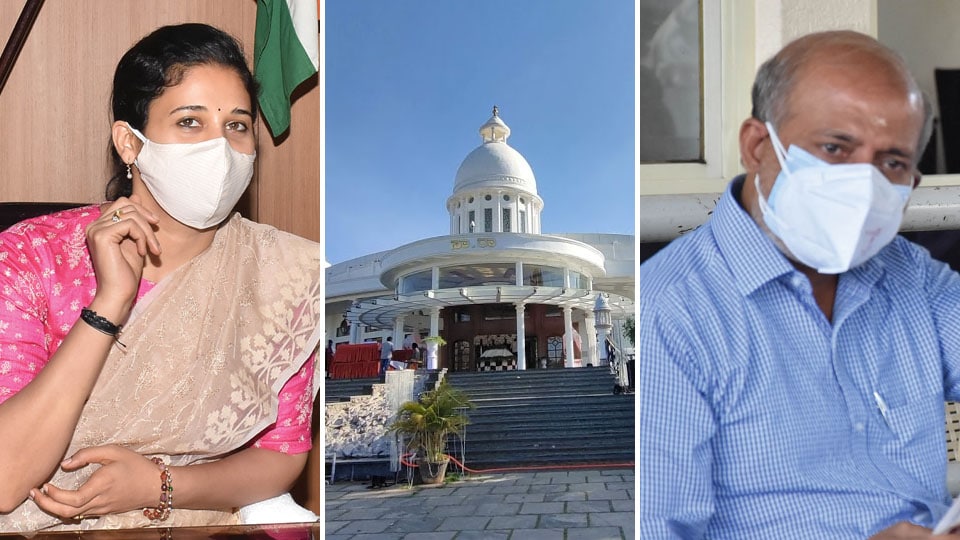 Investigate the entire parcel of land on which Choultry stands: Sindhuri urges RC

The Choultry has been constructed violating all norms and regulations in Survey Number 123 that has been demarcated as Government Gomala land. “When the root land document mentions that it is a Government Gomala land, how can it be a private property? There are no proper documents to establish that the Government land has been transferred to private parties,” she said.

Continuing, the IAS Officer said, “The land conversion has been made using fabricated and false records and it is in direct violation of the Mysuru City Master Plan. The enquiry over Raja Kaluve (storm-water drain) has been initiated against the Convention Hall and  is limited to just one issue. A comprehensive investigation must be launched on the entire parcel of the land on which the Choultry stands along with the adjacent lands,” she urged the Regional Commissioner.

“Not only this, irregularities in the land dealings have been unearthed near Lingambudhi Lake and this aspect has remained beyond the scope of investigation. This too needs to be probed. The investigation must not be limited to just one subject (Choultry) as per the choice of the MLA but a detailed probe has to be initiated,” Rohini Sindhuri said.

Protesting in front of Regional Commissioner’s Office yesterday against the allegations made by Rohini Sindhuri, Mahesh had said, “If I had constructed the Choultry on the storm-water drain, and if the investigation proves that I had violated the norms, I will handover the Choultry to the Government and I will also retire from public life.”

3 COMMENTS ON THIS POST To “Investigate the entire parcel of land on which Choultry stands: Sindhuri urges RC”