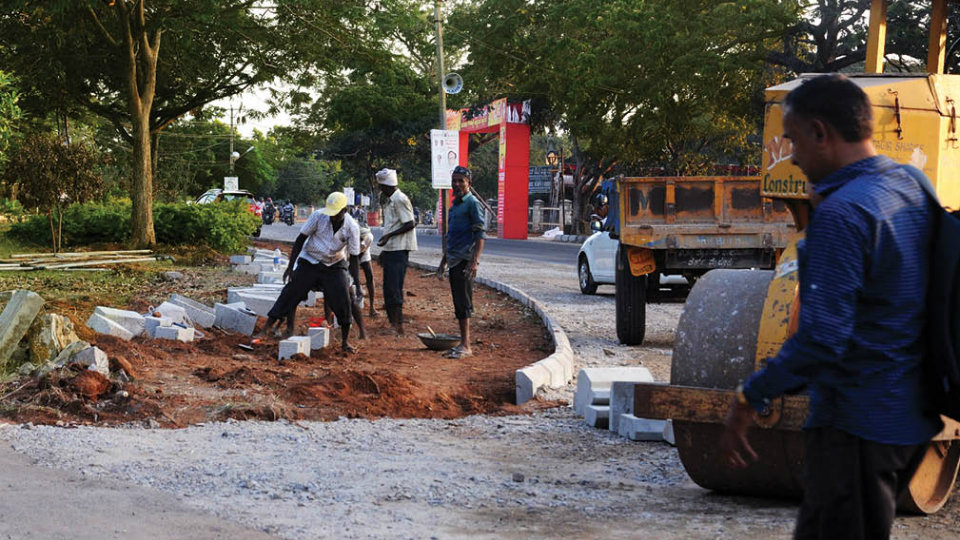 Approval of projects to raise buildings, laying of roads, construction of bridges and other components under the broad umbrella called infrastructure, allocation of outlay, sanction of funds in stages of the projects’ progress (?) and finally conducting foundation-laying ceremony with one or the other Minister in the Cabinet of the State government, preferably the Chief Minister accompanied by one of his confidants in the Ministry have been copiously reported these past few months in the dailies. Even the avid readers of newspapers in both Kannada and English must have lost count of those celebratory events. The photographs taken on the VIP events across the State and published in multiple colours must have pleased the vote-seekers and their chelas no end. The amounts of public funds spent on launching the plethora of infrastructure projects, a good number of them no where to be seen must have emptied the treasury but filled the pockets of you-know-who.

Even conceding the elementary knowledge that whatever goods and services are to be had entails money in a rising trend as time passes, the figures that we get to read occasionally about the cost of constructing structures such as Mysore Palace (Rs. 43 lakh), Vidhana Soudha (Rs. 110 lakh), Krishnaraja Sagar Dam (Rs. 103 lakh) seem amazing considering the present amounts that buyers of apartments have to cough up.

People at large may not take much notice of any infrastructure project being reported in the dailies until related happenings are either published by the media or they hear on the grapevine. Two such stories make them interesting. First story: A senior functionary in the Public Works Department was not able to locate a public swimming pool newly-constructed at considerable cost in an urban space in which he had taken charge. His predecessor in the post reportedly came to his aid by suggesting that he make a fresh proposal for closing the pool in view of water scarcity bugging the city and that he would arrange for writing off both expenditures, one to construct the pool and other to close it. Second story: A dam constructed at great cost to the exchequer across a minor river was nowhere to be seen physically. The functionary, on being questioned by the probe committee, had the gumption to certify that the masonry dam had been brought down by termites!

While the public image of the staff in the Public Works Department, barring exceptions, is none too flattering, the just published news in a widely read daily that in all 4,584 works sanctioned last year in the district have not taken off, apart from works worth 350 crore rupees pending, including 126 works to provide drinking water. The powers that be in the government have only performed an encore of the two stories narrated above by constructing invisible infrastructure.