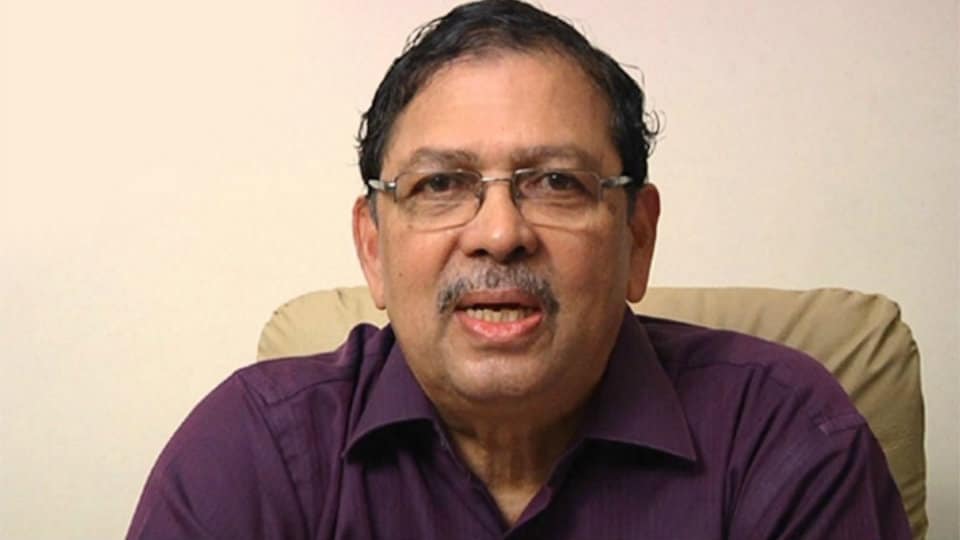 Bengaluru: Expressing deep anguish over four Supreme Court Judges going public on issues related to the Apex Court, former Supreme Court Judge and former Karnataka Lokayukta Justice N. Santosh Hegde yesterday said that he was “devastated” by their action which has caused “irreparable” damage to the institution. “As a retired Judge of the Supreme Court, I feel devastated,” he said.

“It is very unfortunate that the internal dispute of the judiciary was brought out in this manner publicly. What the four Judges have done yesterday by holding the press conference to bring out their dispute in public is that they’ve denigrated the institution of judiciary. There are reasons for people to be aggrieved with the system but unlike other wings – the Executive and the Legislature – the Judiciary doesn’t discuss its disputes in public. It is bound to protect its own integrity,” he said.

“For some reason or the other, their cause is justified, (but) relief they are seeking is wrong … going to the media? No. Judiciary was always considered as a family. Family disputes are never taken to the streets,” he said.

“In democracy, people have lost faith in the Legislature and the Executive, and their faith lies only in judiciary now. The delay in disposal of cases is one of the things that is causing concern to people and diminishing their confidence in the system, and Judges going public with their allegations have further dented people’s faith in the system,” Justice Hegde said.

“It amounts to a Constitutional crisis now. And it will lead to all sorts of criticism from aggrieved people from the judiciary and people who have benefited from the judiciary will not speak about it. And in the long run, judiciary is (will become) another subject matter of Tom, Dick and Harry,” he said.

The former Karnataka Lokayukta said judiciary is totally different from Legislature and Executive, and the four Judges, by raising allegations in public, have brought them to the same level.

“I have no doubt that Judges of the SC have good grievances against the Chief Justice of India. I have no difficulty about that. But the method used by them to find relief from the public is wrong. It should be decided within the family (of judiciary) itself, and not brought into public discussion. It is fully wrong and it is a damage that can never ever be repaired,” he added.

“The judiciary survives on public confidence. People believe that the judiciary is behaving ‘judiciously’. But public belief in our system will definitely be damaged by the press conference. It will give the other two wings of the country enough ammo now to attack the judiciary. I am very saddened that the institution that has survived unblemished for the last 70 years, since it was founded after the country’s Independence, has run into such times,” he said.

7 COMMENTS ON THIS POST To “Irreparable damage done to Judiciary: Justice Hegde”