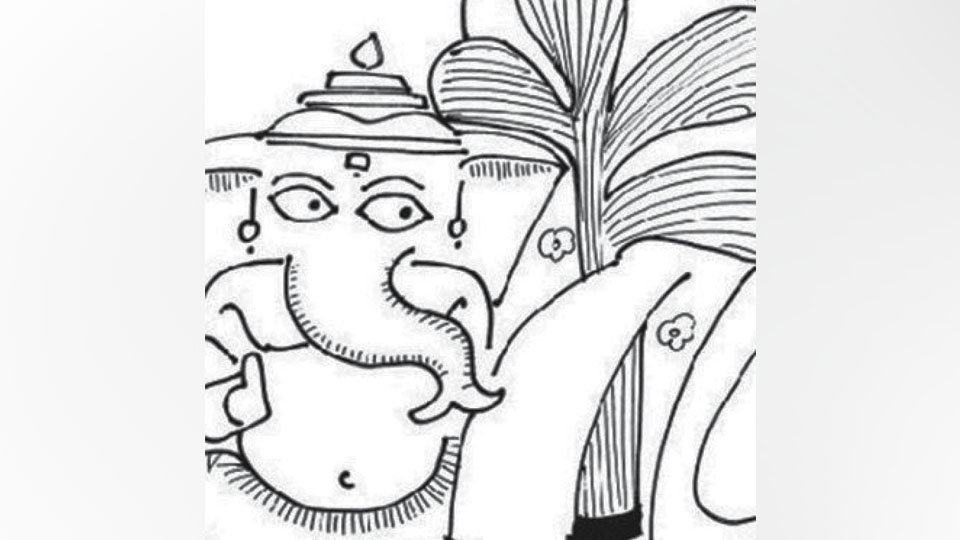 In South India, Kartikeya is worshipped as Murugan, who stands on top of mountains. On either side of him stand his two wives, Valli and Sena. Valli is a tribal girl, while Sena is a celestial princess, the daughter of Indra. There are songs of Murugan’s virility and his romantic associations with his celestial and his earthly wives. It mirrors the idea of Vishnu with Sridevi and Bhudevi: Sridevi being the celestial wife of Vishnu and Bhudevi being the earthly wife of Vishnu. Thus, the divine connects the celestial realms and the earthly realms.

However, in North India, when people speak of Kartikeya, they speak of him as a celibate deity. In fact, there are temples near Kurukshetra, where it is said that Kartikeya not only chose to remain celibate, he rejected all things feminine, to the extent that he rejected the soft tissues                     of his body, which, according to Tantric sources, come from the mother.

This rejection of the feminine is attributed to a tiny tale found in the Puranas, which says that after winning battles, Kartikeya became highly aggressive and excitable, embarrassing and annoying women of the celestial realms who complained to Goddess Shakti about Kartikeya’s excessive attentions. So, the Goddess made sure that whenever her son approached a woman, he saw his mother’s face. Therefore, Kartikeya turned away from all women and chose to be an ascetic God. In another story, he refuses to marry and moves south because his parents got Ganesha married first.

In much of the North Indian traditions, Ganesha has two wives: Riddhi and Siddhi. Riddhi is associated with material growth, and Siddhi with intellectual or spiritual growth. Ganesha, thus, binds the material and the spiritual realms. Some people say these are not his real wives, but metaphors. Others say this establishes Ganesha as a God of the household, as he comes into the house with his two wives. (Bachelor Gods are typically kept outside the house.) Though, in modern times, where divinity is viewed as gender-neutral, this rule is slowly waning.

In South India, Ganesha is considered a learned man, who has no wives to distract him. Others say nobody marries him because of his elephant head. In Bengal, the story goes that since no woman wanted to marry Ganesha with his elephant head, his mother, Goddess Shakti, created a wife for him using the banana plant, which is called kola-bau, often seen in Durga pandals, draped in a white sari with a red border, next to Ganesha.

Decoding Mythology Dr. Devdutt Pattanaik
Work and working hours
A sauna of wisdom, the need of the hour