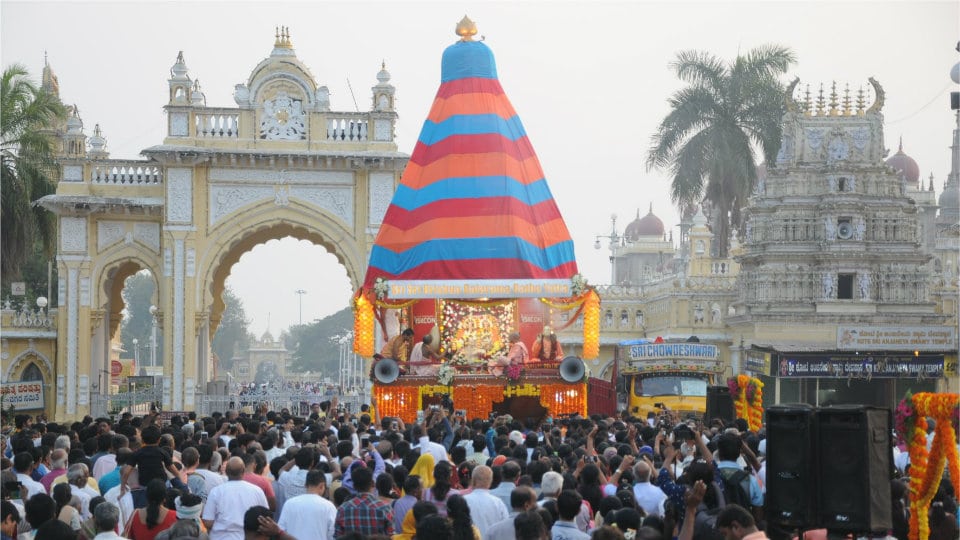 Speaking on the occasion, Madhusudan said that the work on construction of Rama Temple will be taken up in Ayodhya immediately after the judgement was announced by the Supreme Court. He regretted that for the last several years Hindus have been struggling to get a Sri Rama Temple constructed in Ayodhya.

Continuing, Madhusudan said that all bottlenecks for the construction of the proposed Krishna Temple at ISKCON premises in city have been cleared and added that the construction work would commence soon. He averred that for centuries, communal forces were trying to suppress Hinduism which cannot materialise.

Speaking on the occasion, ISKCON Bengaluru President Madhu Pandit Das pointed out that India was a land of intellectuals made evident by plenty of Indians working at prestigious organisations across the world. He added that the culture of the country was responsible for that success.

Chaitanya Das and Krishna Das of ISKCON, Bengaluru, MUDA Chairman D. Dhruvakumar and others were present on the occasion.