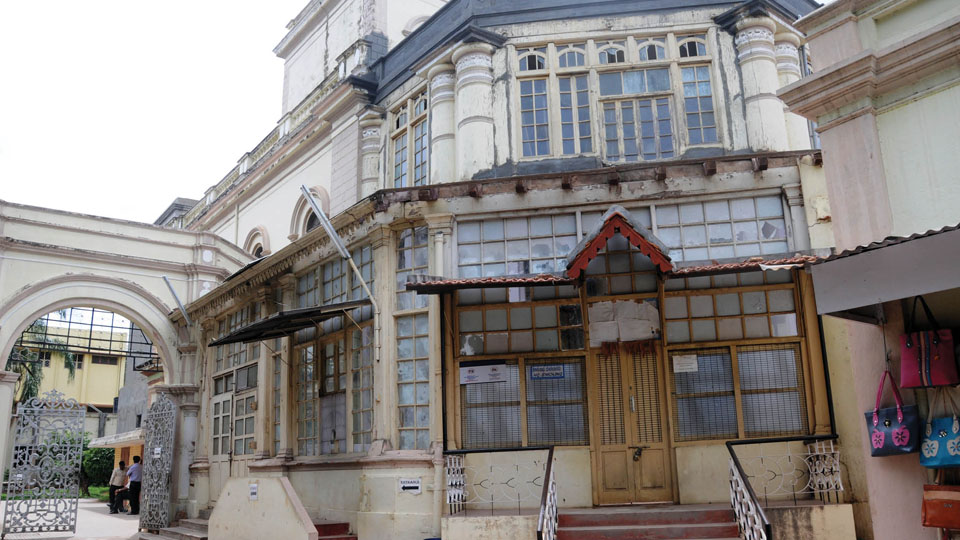 The nearly 157-year-old Jaganmohan Palace, housing one of the finest art galleries in the world, is going hi-tech, as it will soon have Audio Guides to take the visitors through the various collections housed in the Gallery. It will also have its own Conservation Laboratory in the premises.

“I have a very ambitious plan of setting up a Conservation Lab inside the Jaganmohan Palace premises itself. I am in touch with INTACH (Indian National Trust for Art Culture and Heritage) to repair and maintain the Art Gallery. It is to preserve the built heritage (building part) and material heritage (objects in the gallery) that I decided to approach the non-profit organisation,” said Pramoda Devi Wadiyar, speaking to Star of Mysore.

The Laboratory has to be housed in the premises itself, as the Art Gallery requires constant monitoring and maintenance. The INTACH has the technical know-how to preserve the objects. “We cannot create another Jaganmohan Palace or the objects in it that my predecessors left behind. The only thing we can do is to preserve them and I will take whatever I have to do to preserve it,” she said.

The Jaganmohan Palace Art Gallery is entirely a private one and the collections inside it are also private. There is a misconception that it belongs to the government and this misconception should at least go now. It will always remain a private collection and if I have to restore it then let me do it without accepting any grant, she said.

“It is not the ego but the pride which made me take this decision. From a helpless situation that I was in after the passing away of my husband in 2013, today I am happy that I took the decision not take grant from anyone and God has been extremely kind to me,” said Pramoda Devi Wadiyar.

Asked if there were any offer of grants, she said, “The Sri Jayachamarajendra Art Gallery Trust does not have any funds. It is all from my private funds that I am trying to maintain it. A few people got together and offered me Rs.2 crore to restore the Art Gallery. I pondered and then decided I will do it myself.” 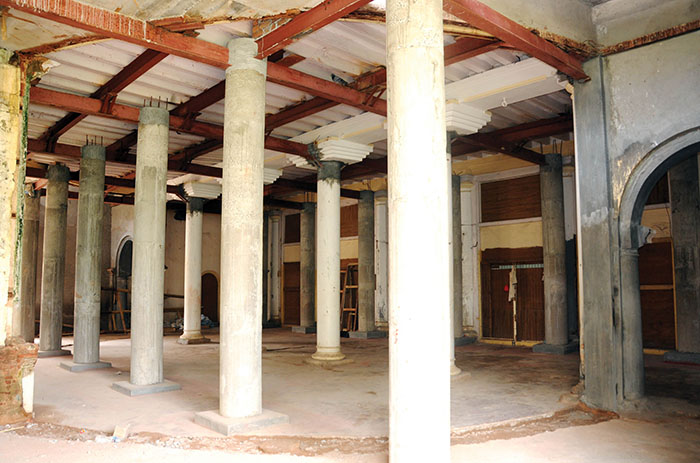 The front portion of the Art Gallery where the work is going on.

Audio Guides will be introduced shortly at Jaganmohan Palace Art Gallery. It will be in six to eight languages including English, French, German, Hindi, Kannada, Tamil, Telugu and Malayalam.

“I am trying to restrict the physical guides as it is leading to security concerns. Hence, Audio Guides are being introduced. All one has to do is hire the Audio Guides by paying just Rs. 35 (for which I have to pay tax) and stand in front of the objects and press the button. It will instantly give all the details of the object. We are going to introduce it on a pilot basis in another two weeks to sort out teething troubles and once the ongoing renovation of the Gallery is complete, we’ll introduce it fully,” she said.

There are nearly 30 petty shops selling handicrafts and other items in Jaganmohan Palace premises since the last 30 years or more. “The shops were let out in the mid-80s to augment the income for the Art Gallery. However, times have changed and our main concern is security of objects in the Gallery. Hence, we have asked the shop owners to vacate the place,” said Sri Jayachamarajendra Art Gallery Trust Secretary M. Lakshminarayan. 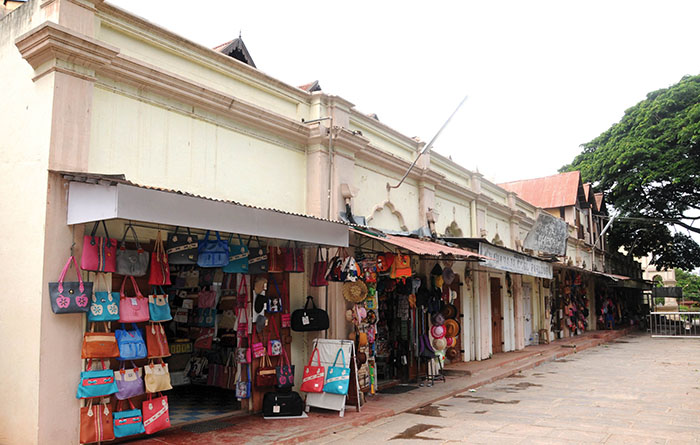 The shops in Jaganmohan Palace premises.

“We need the place to put up our Conservation Laboratory. Since the last one year I did not even collect the rents as I wanted the shop-keepers to leave the place without any animosity. But we are facing problems,” said Pramoda Devi Wadiyar.

According to Lakshminarayan, there were shops rented out in the Residential Museum inside the Mysore Palace premises where the private collections are housed. However, the shop-keepers there vacated the place without any hassles as security concerns were raised.

Since the plans are afoot to set up the Conservation Laboratory inside the Jaganmohan Palace premises, the shops that are to the left side of the entrance have to be demolished as that is the place where the Lab is going to come up, said Pramoda Devi Wadiyar and added that parking space is also required in future for expansion plans of the Gallery. Besides, space is required to put up separate toilets for both men and women, she said.

As there are a few shops inside the Art Gallery, that space is required for storage of objects so that while conservation work is taken up, it will be easy to carry the objects from the store to the laboratory, she added.

On whether there were plans to set up their own shops, she said, “We will probably have one or two outlets selling souvenirs like in any other Museum or Art Gallery in the world, where genuine things will be sold. We are already selling post cards related to the Gallery which are selling quite well.”

Restoration work to be completed in two months

It is more than a year since the restoration work of Jaganmohan Palace Art Gallery began. The work is still going on and is likely to be completed before the commencement of Dasara this year.

“It is a more than 150-year-old building and the work is going on in stages. To cast the 35-foot high ceiling was not easy. The roof had to be cast very carefully as it was fully damaged. If one side was being repaired the other would crumble. The pillars were damaged. We had put 35 feet high scaffolding which was not an easy task. Hence, because of the height we could not accelerate the work,” said Pramoda Devi Wadiyar. 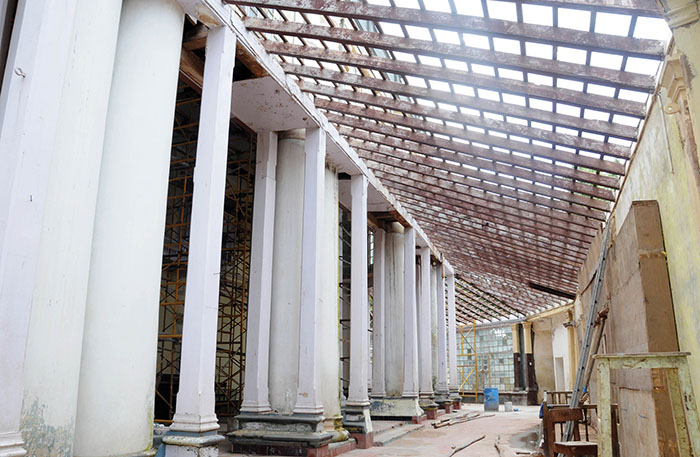 The restoration work going on at the Ganesha Hall.

The work on the Ganesha Hall at the back is also going on. Here the problems were equally challenging. The foundation was sinking and the top portion had to be addressed at the same time. In the main hall, the glasses needed to be fixed and Mangalore tiles had to be replaced. The painting work is also going on now and half-white and white colour is being used. New electrical wiring has to be done and the chandeliers are being cleaned. The floor work will also take time, she explained.

“Even though the work started briskly and it should have been completed last year itself, I realised that it cannot be hurried as we are at the mercy of the labour force. They do the work at their leisure,” she said.

Asked when the work will be fully completed, Pramoda Devi Wadiyar said that this time, they planned to open it to the public fully by the time Dasara starts in October. However, the Art Gallery continues to be open for viewing alongside the renovation.