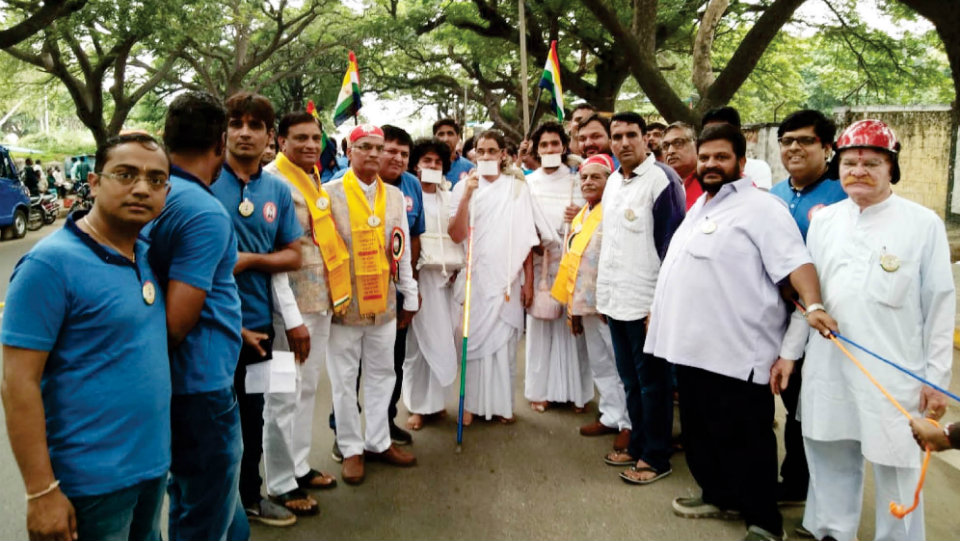 Jain Seers in city for Chaturmas

Mysuru: Jain Seers from Sthanakvasi Jain Sangh and Sri Sumathinath Jain Murtipoojak Sangh arrived in city this morning for Chaturmas, the holy months from July to October. They were accorded warm welcome by community members and were taken in grand processions.

Jain Saint Dr. Sri Samakitmuniji Maharaj, Sri Bhavaantmuniji Maharaj and Sri Jayavantmuniji Maharaj arrived at Sri Sthanakvasi Jain Sangh at Mahaveernagar, Halladakeri in city for this year’s Chaturmas which is commencing from July 27 till November 22. During the Chaturmas, Samakit ke Sang and Samakit ki Yatra, a special lecture programme has been organised daily between 9 am to 10 am.

Dr. Sri Samakitmuniji Maharaj, along with his disciples, was accorded a warm welcome by members of the community at Fountain Circle this morning and the rally passed through Ashoka Road, Nehru Circle, Soji Street and arrived at Mahaveernagar Sri Sthanakvasi Jain Sangh.  Jain Saints Sri Shrutmuniji Maharaj and Sri Aksharmuniji Maharaj were also present. 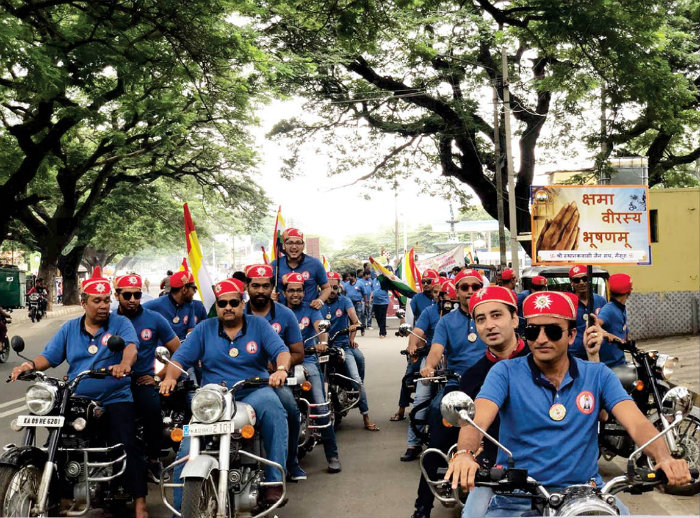 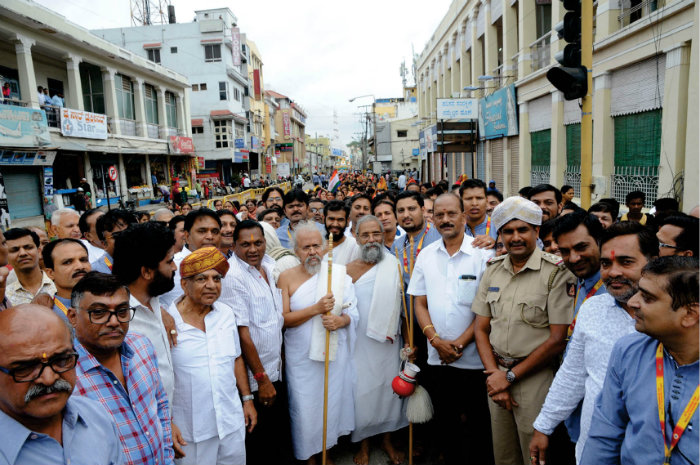 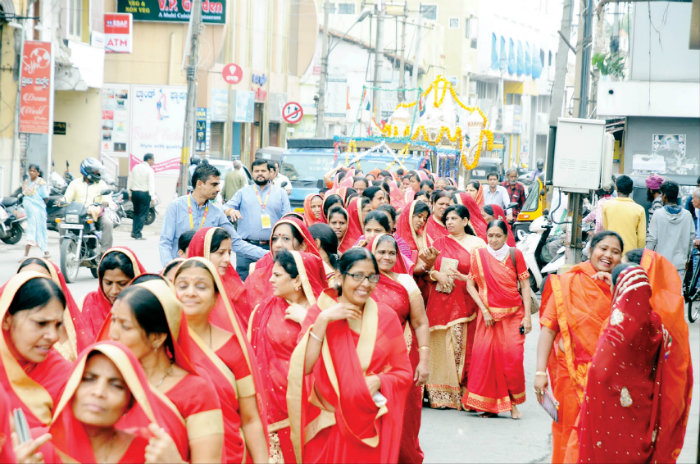 This apart, a bike rally and Bhagavan Mahaveer Silver Ratha were also taken out. The arrangements were supervised by Sri Sumathinath Jain Navyuvak Mandel and its President Praveen Lunkar Jain and other Mandal members.