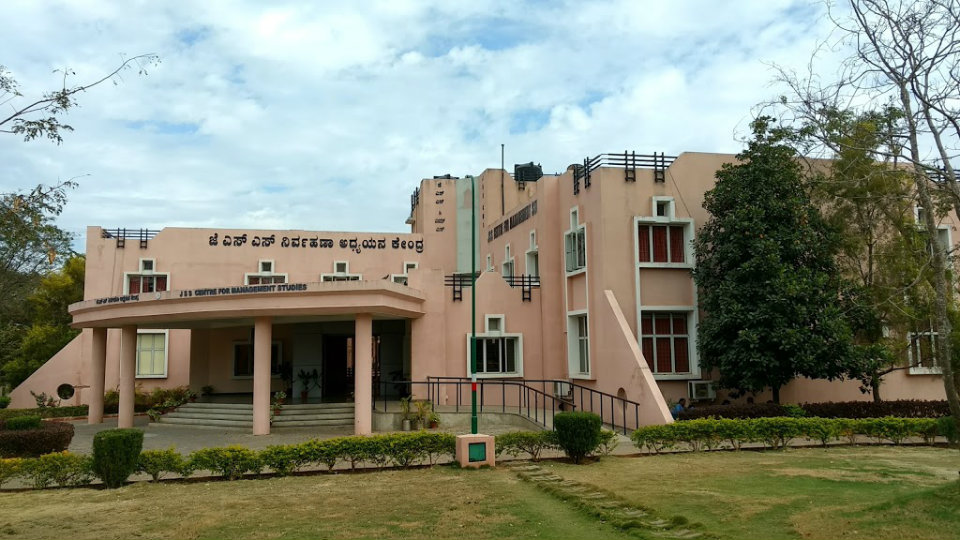 Mysore/Mysuru: JSS Centre for Management Studies (JSSCMS), a constituent institution of JSS Science and Technology University, Mysuru, has recently been ranked 59th among top MBA private institutions by Outlook India magazine. The ranking has been done in collaboration with the Indian Centre for Academic Rankings and Excellence (ICARE).

The Outlook (ICARE) 2021 rankings highlighted institutions’ performance based on outcomes and survey with parameters that are globally flavoured yet locally relevant.  The rankings were compiled using comprehensive metrics that effectively captured institutional performance.

B-Schools were categorised based on their type, location and whether they are public or private in ownership. More than 250 Universities from all four zones from India are included in the overall ranking. This initiative is Government-approved and trusted audit and ratings organisation. ICARE analyses the ranks by conducting an in-depth survey research.

JSSCMS has been ranked 22nd among top participating private B-Schools from across different States in South India, ranked 27th among the top 45 Private Universities constituent colleges in India and has secured 59th rank among top MBA private institutions.