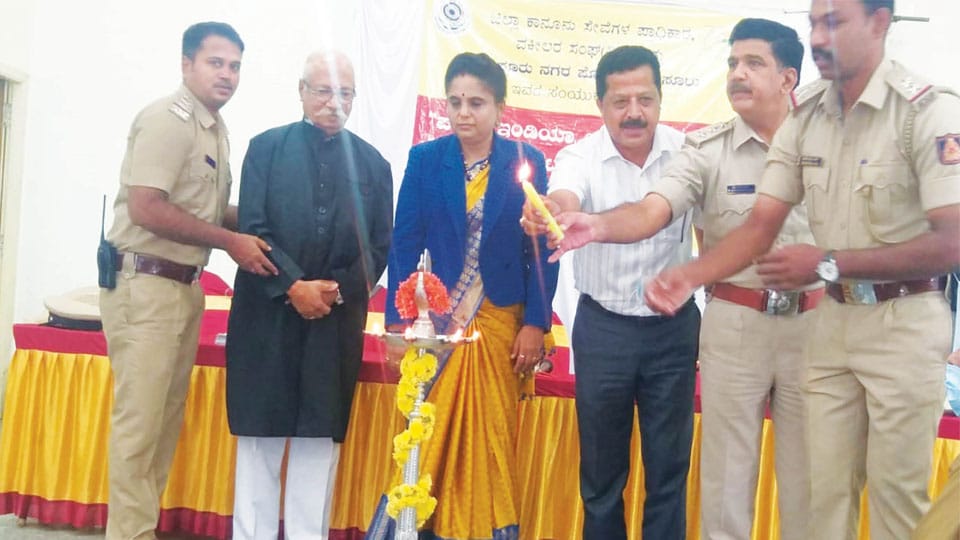 Judge stresses on need for getting birth and death certificates

Mysore/Mysuru: Stressing on the need for every family to get birth and death certificates of its members, Mysuru Court Judge K. Vidya highlighted the importance of these certificates for carrying out any transactions. She was speaking after inaugurating a ‘Legal awareness and aid’ campaign organised jointly by District Legal Services Authority (DLSA), Mysuru Bar Association and Mysuru City Police at Doctors Community Hall in Alanahalli here recently.

Underlining the importance of birth and death certificates in getting various benefits and facilities extended by the Government and other agencies, Judge Vidya  said that accurate details in the certificates is vital for smooth entry of data in records.

Emphasising on the need for checking every details in birth and death certificates, she said that people have to knock on the doors of Courts for rectifying errors or making any corrections in the certificates.

Continuing, she said that DLSA has taken the initiative for distribution of birth certificates of school children by the concerned authorities at the Lok Adalat to take place on Dec. 18.

Highlighting the benefits of Lok Adalat for litigants, she appealed the people to take part in the Lok Adalat to get their disputes settled amicably.

She further said that the DLSA has launched a six-week-long Legal Awareness Programme from Oct. 2 to Nov. 14 across the district in order to sensitise the public on following the laws of the land.