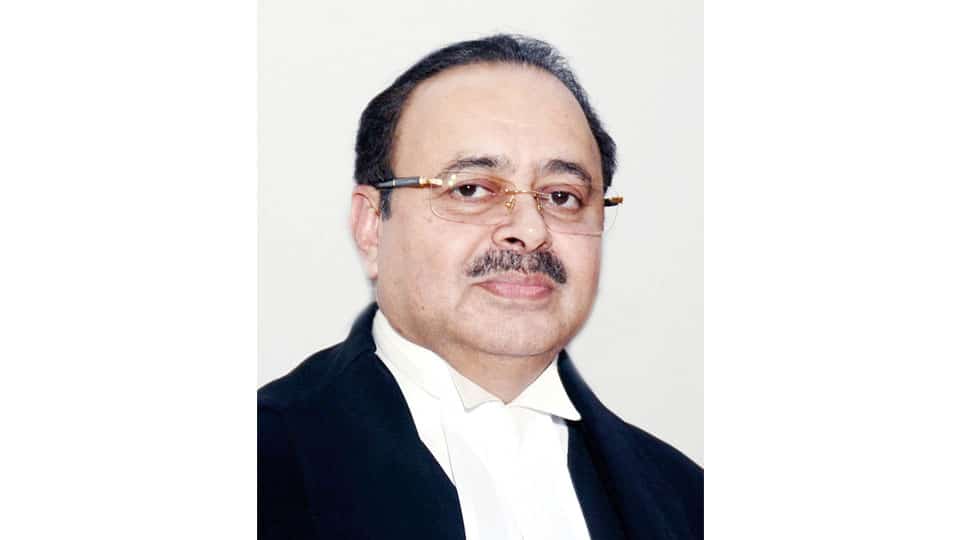 Bengaluru: Justice Ritu Raj Awasthi, a senior Judge of the Allahabad High Court, has been appointed as the Chief Justice of Karnataka High Court on Saturday. The Ministry of Law and Justice has issued a notification on the appointment after the President gave his assent.

Born on July 3, 1960, Justice Awasthi completed his graduation in Law from Lucknow University in 1986. He enrolled as an Advocate in 1987 and practised in civil, service and education matters at the Lucknow Bench of the Allahabad High Court.