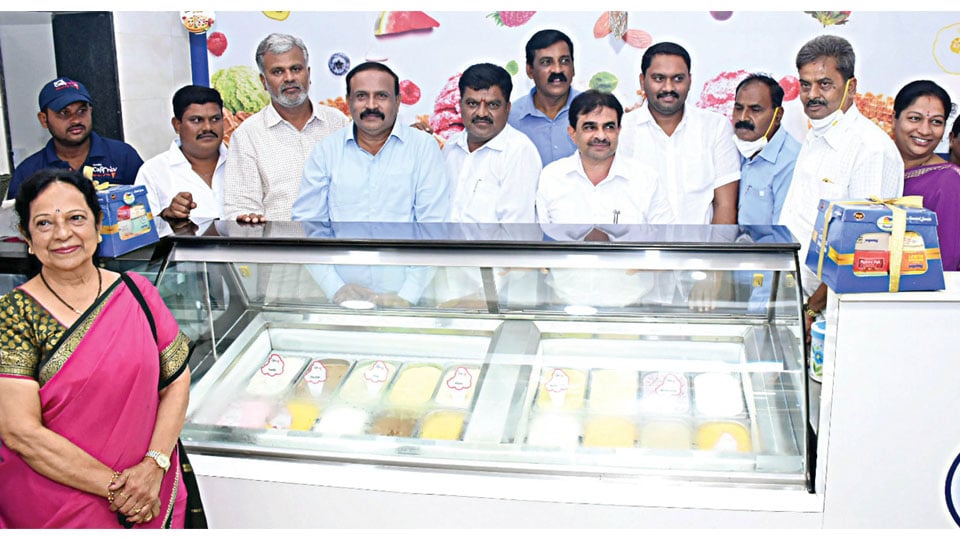 Speaking on the occasion, KMF (Karnataka Milk Federation) Managing Director B.C. Satish said that Café Moo has been launched for the first time in Mysuru.

Pointing out that such Cafés are already functioning in Bengaluru and at several spots along National Highways (NHs), he said that the outlet in Mysuru is the 14th one in the State.

Maintaining that the KMF plans to open 10 more Café parlours in one year, Satish said that KMF has planned to popularise its over 140 products by attracting youths.

Stating that vegetable pizza, burgers, sandwich and such other products are available in these franchisee outlets, he appealed the public to buy Nandini products and thus encourage the farmers.

Recalling the co-operation extended by the Governemnt during the COVID crisis, he said that the Government used the milk powder for distribution among school children. Thanks to the Government, the KMF has returned back to making profits, he added.