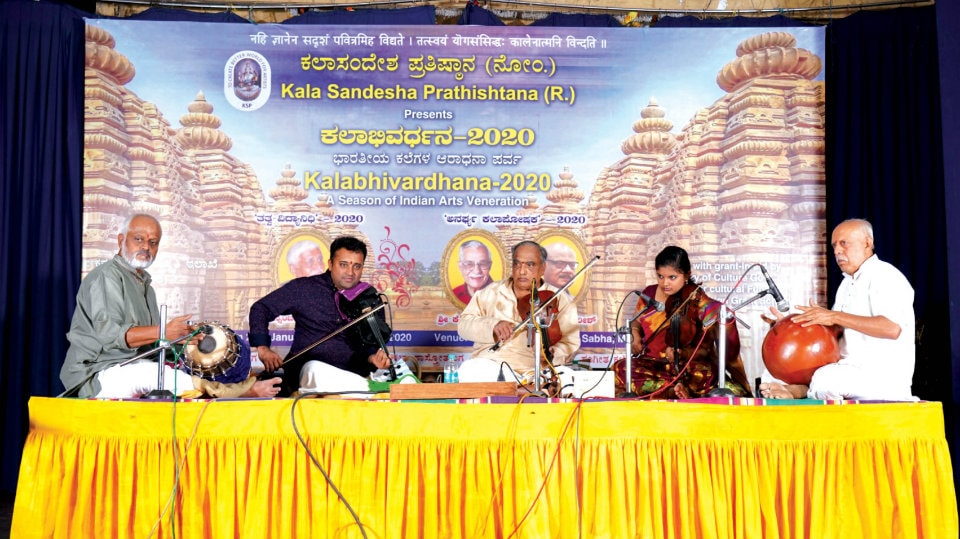 Kalabhivardhana, a National-level Art Festival, is being organised by Kala Sandesha Prathishtana along with its seven sister organisations since 2014.

In this art festival, the Prathishtana recognises the notable achievements of the artistes in the field of Classical Dance and music, Shastra, Indian Philosophy and Art at National-level, confer award to them and provide stage for various art forms of India.

The 7th season of Kalabhivardhana was held at Sri Nadabrahma Sangeetha Sabha in city from Jan.25 to Feb.3.

Day-2: The day featured a discussion the Indian Culture and Art by Dr. Jyothi Shankar and Adarsha Gokhale.

It was a novel-based drama which was written by Boluvaru Mohammad Kuyyi.

The award function was followed by violin concert by three generations of artists — Vid. H.K. Narasimhamurthy, his son Vid. H.N. Bhaskar and granddaughter Prithvi Bhaskar. They were accompanied by Vid. G.S. Ramanujam on mridanga and Vid. V.S. Ramesh on ghata.