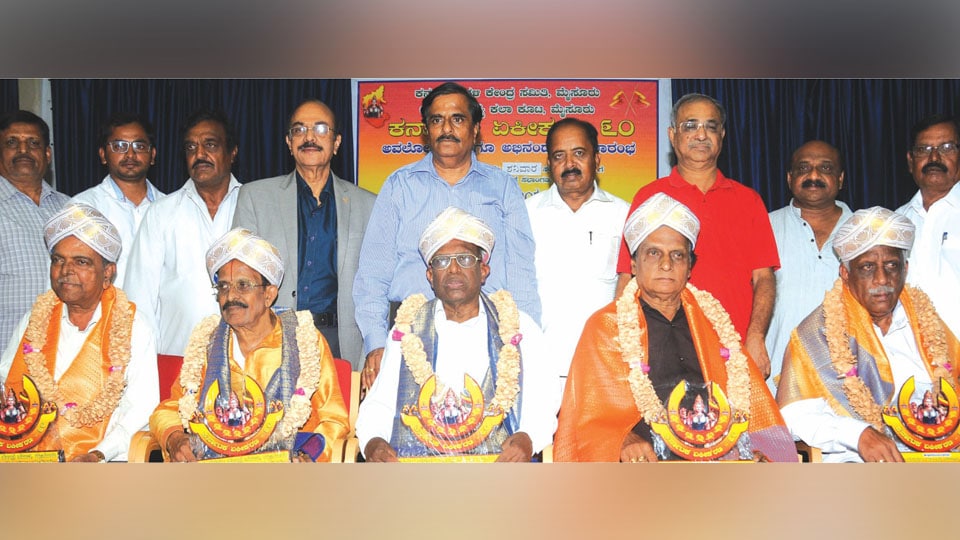 Inaugurating the programme Kannada Sahitya Parishat State President Dr. Manu Baligar opined that Kannada Sahitya Parishat strongly opposed any bifurcation of State which has been united after a prolonged effort and struggle. He regretted that Kannada was gradually drifting to a pathetic state in Bengaluru. He lauded the effort of Nadoja D. Javaregowda and others in getting classical status for Kannada. He said that there was a joint struggle opposing the closure of Kannada schools but if those schools were too deficient in students nothing can be done and an introspection becomes imminent.