Home » News » Kannada Sambhrama at Teresian: ‘Youths must come out of the shackles of social media’ 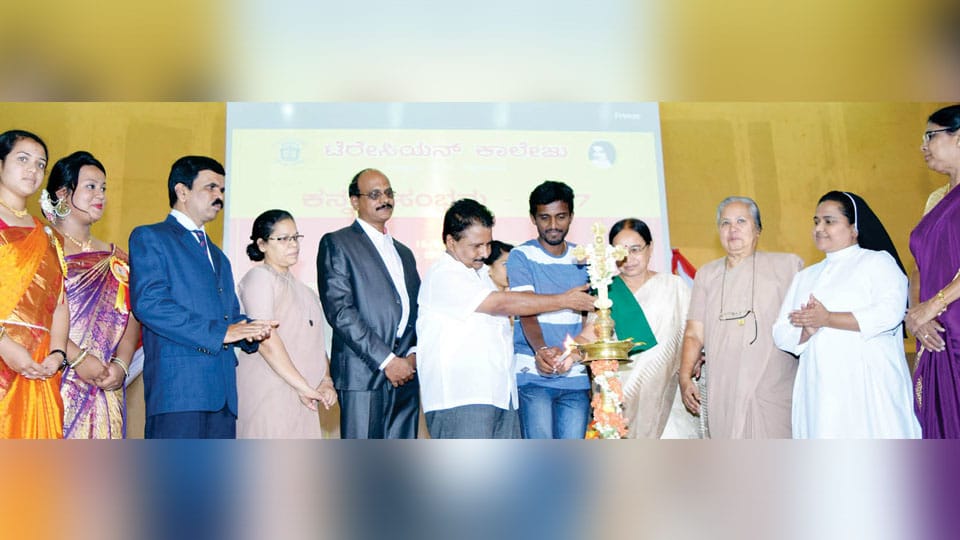 Kannada Sambhrama at Teresian: ‘Youths must come out of the shackles of social media’

In an effort to bring students closer to Kannada language, Teresian College had organised ‘Kannada Sambhrama’ at its auditorium in Siddarthanagar recently.

Inaugurating the event, women activist K.S. Nandini Jayaram regretted that today’s youths were addicted to social media such as Facebook and Twitter which had made them lose their strength and excitement.

Though the youth have the capacity to think and plan for the future they need proper guidance as they lack the experience. Youth should break the shackles of social media and come out to meet new people, she said.

‘Kirik’ Keerthi of Bigg Boss fame, who also spoke, called upon the youth to come together for the cause of Kannada language. Stating that Kannada language was slowly fading away, Keerthi said that various programmes should be held on continuous basis to save and promote the language.

Later, the students performed dances for popular Kannada songs. Prizes were distributed to the winners of various competitions.