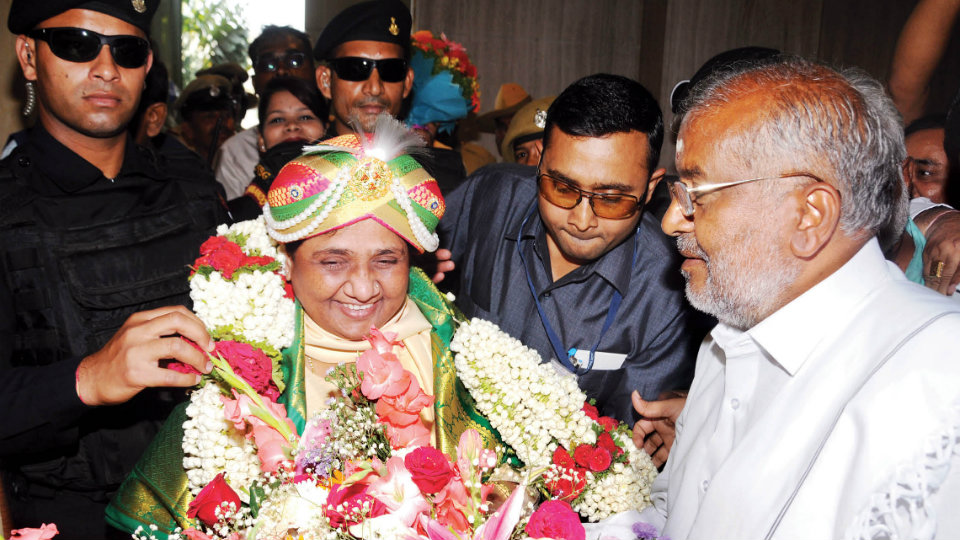 The BSP leader, called “Behenji” by her followers, will campaign from today for the victory of her party and JD(S) candidates for the May 12 elections to Karnataka Legislative Assembly. At Maharaja’s College Grounds, she will share the dais with JD(S) Supremo and former Prime Minister H.D. Deve Gowda, JD(S) State President and former CM H.D. Kumaraswamy and MLA G.T. Devegowda, who is seeking a re-election from Chamundeshwari constituency.

BSP and JD(S) have aligned in Karnataka and Mayawati’s party has fielded candidates for 20 seats. As part of her campaign, Mayawati will address rallies in Chitradurga on Apr.26, Kolar, Belagavi, Kalaburagi and Raichur on May 5 and 6.

The BSP leader arrived at Mysore Airport in Mandakalli by a special flight and her convoy drove to Hotel Radisson Blu Plaza.

After lunch and some rest, Mayawati will proceed towards the Maharaja’s College Grounds at 3.30 pm. 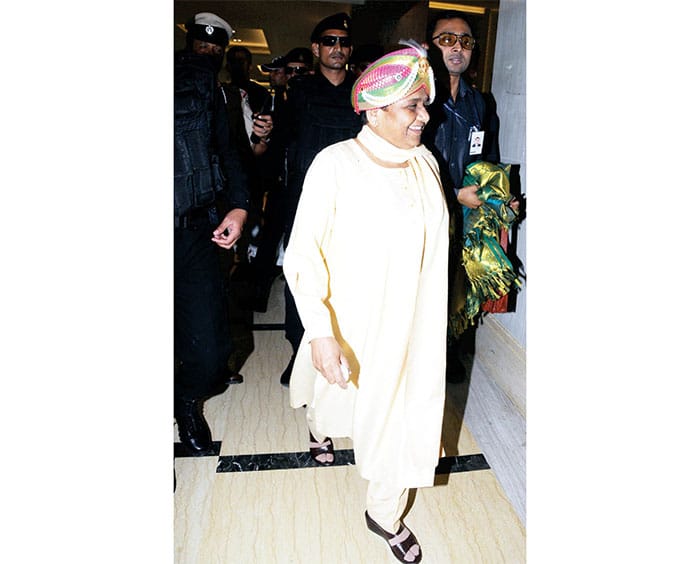 Mayawati enjoys Z Plus Category security and when she was in power in UP, over 400 armed commandos in 40 armoured vehicles guarded her wherever she went. Now with the change in government in the northern State, the security has been reduced. But she still enjoys Z Plus security.

Today when she arrived at the hotel in city, over four gun-toting commandos, accompanied by officers dressed in black attire, guarded her and a separate team was guarding her plane at Mandakalli. It is Mayawati’s third visit to Mysuru region. She had visited Mysuru in 2008 and campaigned for a BSP candidate and also campaigned for the party candidate in Kollegal in 2013. 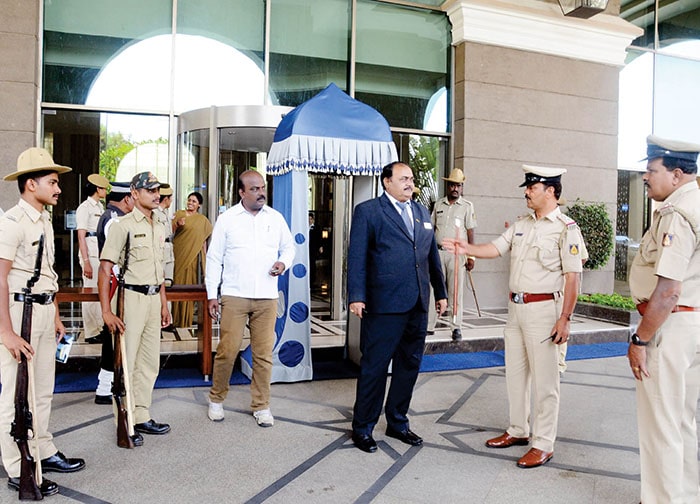 Along with Mayawati, her trusted aides MP Dr. Ashok Siddharth who is in-charge of Karnataka, G.P. Upasak and Rajya Sabha Member Satish Chandra Mishra have also arrived and the leaders are expected to hold a series of meetings today to chalk out strategies that will benefit both JD(S) and BSP.

At the Maharaja’s College Grounds, a huge stage has been set up and only VIPs will be allowed on the stage. Over 25,000 chairs have been laid for the people to participate in the rally. BSP symbol the elephant and the blue colour is dominating the venue. The stage has a banner that portrays “Kumara Parva”, the campaign slogan of the JD(S).  After the rally at Maharaja’s College Grounds, Mayawati will fly to Bengaluru and tomorrow she will proceed towards Chitradurga.

5 COMMENTS ON THIS POST To “KARNATAKA ASSEMBLY ELECTIONS 2018: Mayawati in City”