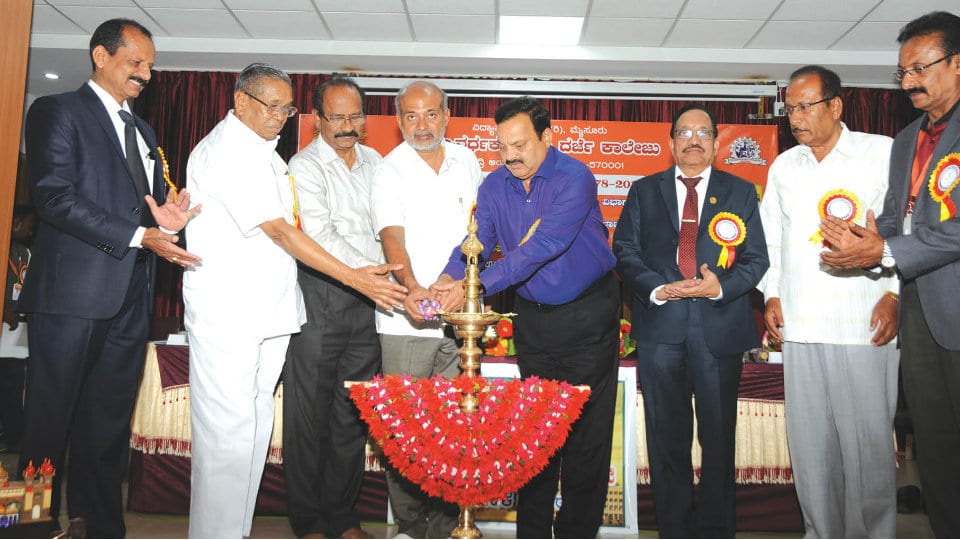 Mysuru: A two-day seminar on ‘Heritage and Health Tourism in Karnataka’ was organised by the Department of Commerce, History and IQAC of Vidyavardhaka First Grade College and the Department of Tourism at the College premises here on Mar.13 and 14.

Inaugurating the seminar on Wednesday, Tourism Minister S.R. Mahesh regretted that Karnataka was in the 7th place in Indian Tourism though there is ample scope for tourism in the State. He attributed the situation to lack of publicity and contended that public co-operation and participation too was needed to support the Government plans.

He opined that tourism and health were complimentary to each which needs people to protect health and environment.

Mahesh further said that the Government had provided Rs.700 crore to Tourism Department and heritage structures are being developed.

He said that cable car facility is being provided for Nandi Hills, Gaganachukki and Bharachukki Falls. He announced that the Government would present three prizes to students who send the photograph of tourist spot they visited recently along with a route map.

Delivering the keynote address, former Principal Secretary of Tourism Department I.M. Vittal Murthy said that reading and visiting places would improve the knowledge of people. He drew the attention of the Tourism Minister to resume Golden Chariot train, installation of good signboards on tourism and good travel guides for tourists.