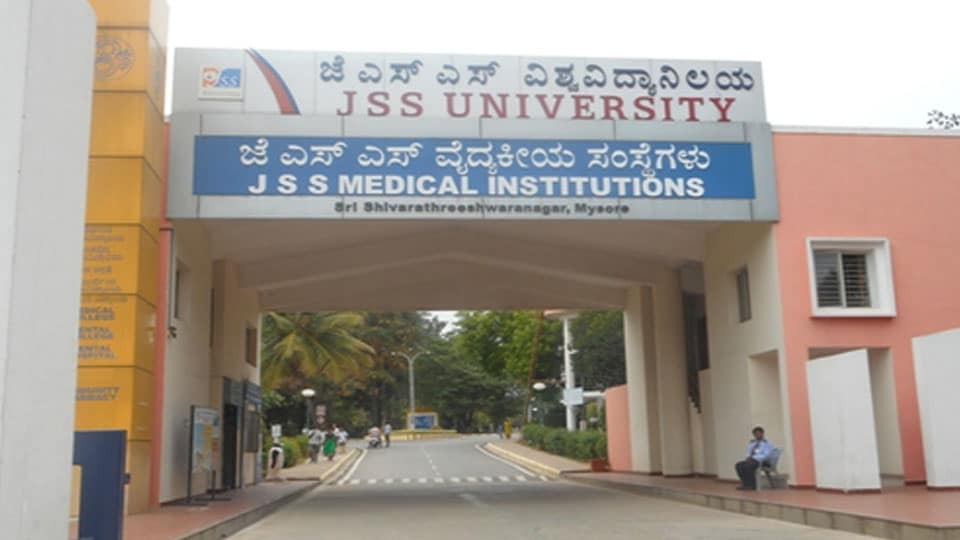 Last time when the rankings were released in 2017, JSS Varsity had bagged the first rank. Speaking to Star of Mysore here this morning JSS Mahavidyapeetha Executive Secretary Dr. C.G. Betsurmath said that the University had always strove hard to better itself every time and maintain the five star status.

JSS University Pro-Chancellor Dr. B. Suresh told that it was the second time that the University had maintained the top position in the Young Universities category. However, in the CGPA (Cumulative Grade Point Average), JSS University was number two just behind University of Agricultural Sciences (UAS), Dharwad.

While UAS scored 882/1000 and got 4.64 points, JSS University had scored 847/1000 and scored 4.46 points but Manipal Academy of Higher Education in the Established Universities category had topped though it had got 4.43 points in the CGPA.

The reason for UAS to rank the top University is because of the research it does. Hence, though in all other categories JSS University is classified in five star status, when it comes to research it has four star status because being a Medical University the focus is not on research unlike the Engineering Universities where there is scope for a lot of innovation, he said.

“As Suttur Seer Sri Shivarathri Deshikendra Swamiji has always stressed on quality and excellence, these are the two main agendas for us which we always strive to work hard to keep up,” said Dr. Suresh.

Under the New Universities category, JSS Science and Technology University has secured the seventh rank with a score of 419.

What is Karnataka State University Rankings?

Designed on the lines of NIRF (National Institutional Ranking Framework), Karnataka State Universities Rating Framework is a method of evaluating the quality of higher educational institutions in the State.

The Rating Framework provides a comprehensive methodology to test and evaluate all State, Private and Deemed to be Universities in Karnataka.