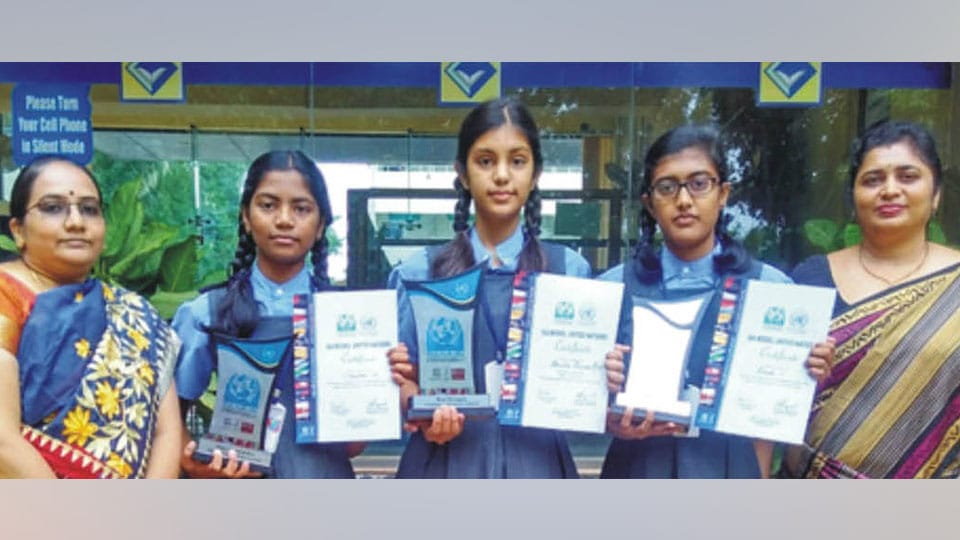 Over 500 students from India and other countries had participated in the event in which R. Ananya, S. Khushi, M. Chandana and Poorvika Praveenkumar of Kaultilya excelled in their presentations. 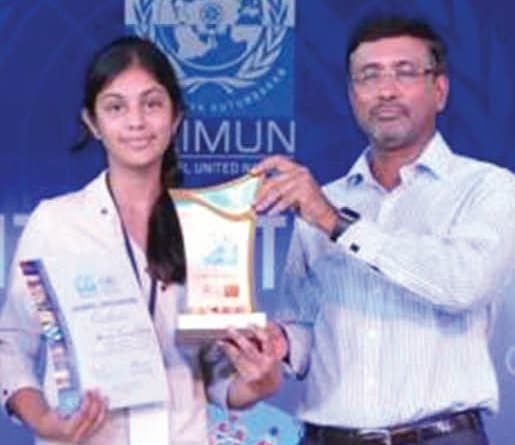 Poorvika Praveenkumar receiving the Best Delegate award during the valedictory of
SAIMUN at Bubaneshwar recently.

They were allotted to represent Greece, Lesotho, Myanmar and Slovenia respectively in the Economic and Social Council, which had a total strength of around 85 participants.

S Khushi and M. Chandana of Class X were awarded High Commendation while Poorvika Praveenkumar of class IX was the Best Delegate.