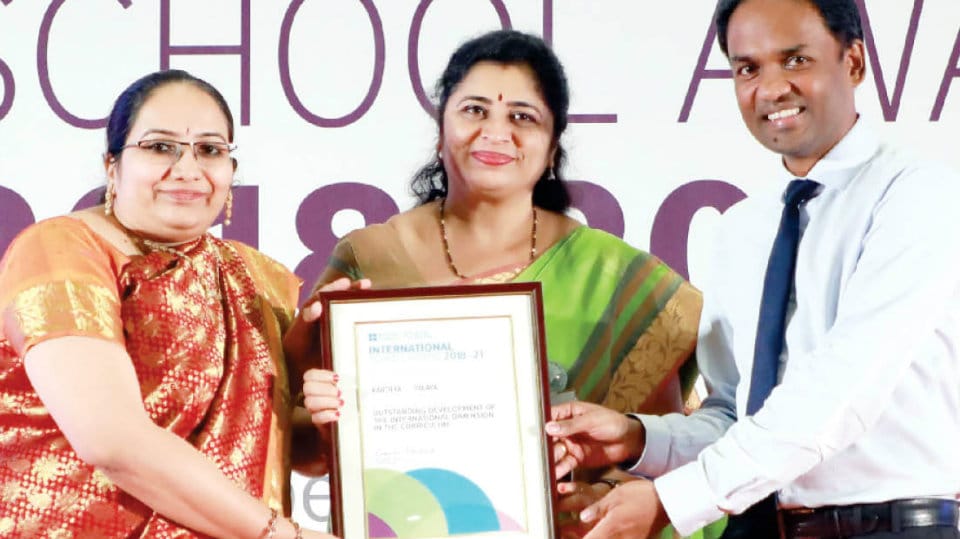 Mysuru: City-based Kautilya Vidyalaya was recently conferred the prestigious International School Award (ISA) for the period 2018-21 by the British Council.

The award was conferred on the school for successfully completing seven multidisciplinary projects involving the study of several countries, by students from kindergarten to high school throughout the previous academic year.

Three of these were in collaboration with schools in the United States of America and the Kingdom of Saudi Arabia. Senior Principal Dr. L. Savitha and ISA Co-ordinator Hamsa Sripathy received the award on behalf of the institution from Antonious Raghubansie, Head of Teaching Centre, India, British Council. This is the second consecutive award for the institution.