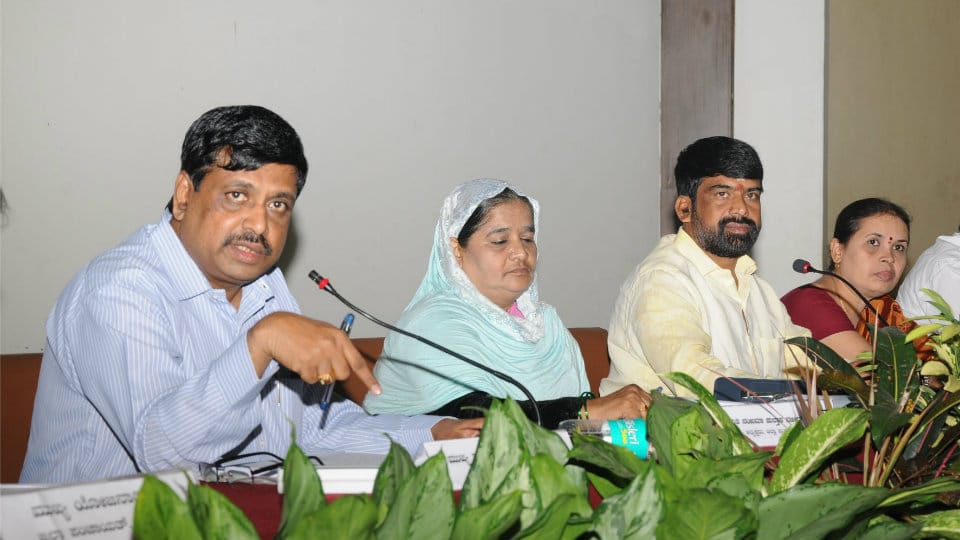 He was speaking at the KDP Review Meeting held at ZP auditorium in city. Basavanna instructed the Taluk Panchayat Executive Officers not to compromise or heed to any pressure while selecting the beneficiaries.

The State Government has sanctioned additional houses for Chamundeshwari and Varuna constituencies for the year 2017-18 under the Basava Housing Scheme and as per rules, the officials have to select the beneficiaries who do not have their own houses through respective Village Panchayats, he said.

Basavanna also warned of protest by the elected representatives against the officials if they deny the benefits to the deserving candidates.

Stating that he had received complaints of PDOs being pressurised to approve the list prepared by somebody, Basavanna said that there were chances of the Village Panchayats in Mysuru, Nanjangud and T. Narasipur taluks being sanctioned additional houses in the days to come.

ZP Member Dayananda Murthy raised the issue of teachers wasting their time in Government Schools instead of executing their work.

Reacting to this, DDPI Manjula said that she had already instructed the concerned Block Education Officer to initiate suitable action.

The meeting also discussed the issues related to increase in housefly menace in Shettanayakanhalli and surrounding villages.

Speaking on the ongoing stir by private doctors, DHO Dr. Basavaraju said that though there was no official information to the Department about the doctors taking out Belagavi Chalo, sufficient arrangements had been made to ensure that there wasn’t any dearth of medical facilities at the taluk level.