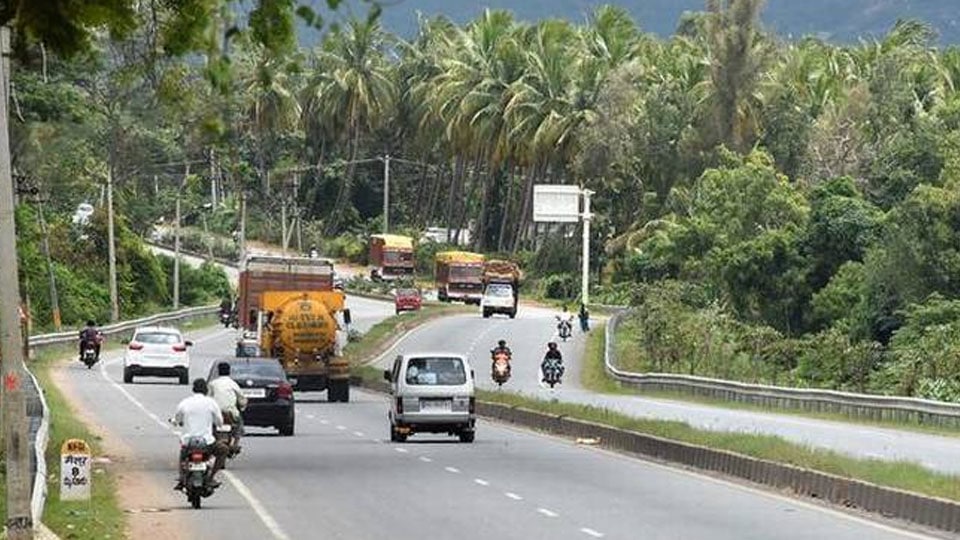 Nanjangud: In a daring act of crime, a group of miscreants made way with Rs. 8 lakh and an SUV belonging to a Kerala-based businessman on the busy Nanjangud-Ooty Highway recently.

The Police said, the incident took place on Oct. 14 at 7 pm when Jaleel, a electrical equipments dealer from Wayanad in Kerala, who had visited Mysuru on a business trip, was returning to his native place.

The miscreants, who came from Gundlupet side in a car, intercepted Jaleel near D. Devaraja Urs Bridge built across Kapila River, forced him out his SUV and assaulted him before making away with Rs. 8 lakh cash and the vehicle.  This entire episode took place in just about 10-12 minutes on the busy highway.

Later, Jaleel, with the help of public, reached Nanjangud Police Station and lodged a complaint. Soon, the Police launched a search operation to nab the miscreants. They are also going through the footages recovered from CCTV cameras installed at various commercial establishments on the Highway. The District Police have also formed separate teams to nab the miscreants.

Earlier case of robbery: It may be recalled that on Jan. 3, 2014, the Mysuru Police had information that crores of rupees of hawala money was being transported from Bengaluru to Kerala in a bus .

On search, the Police recovered Rs. 20 lakh cash kept in the tool box of the bus. An FIR was registered and the bus driver Akhtar Hussain and conductor Munir were taken into custody. The case received a major twist when Sylalubiddin, a gold merchant from Kozhikode in Kerala had alleged that the Police personnel had pocketed over Rs. 2 crore they had seized from the bus. The case is yet to be adjudicated by the Court of Law.