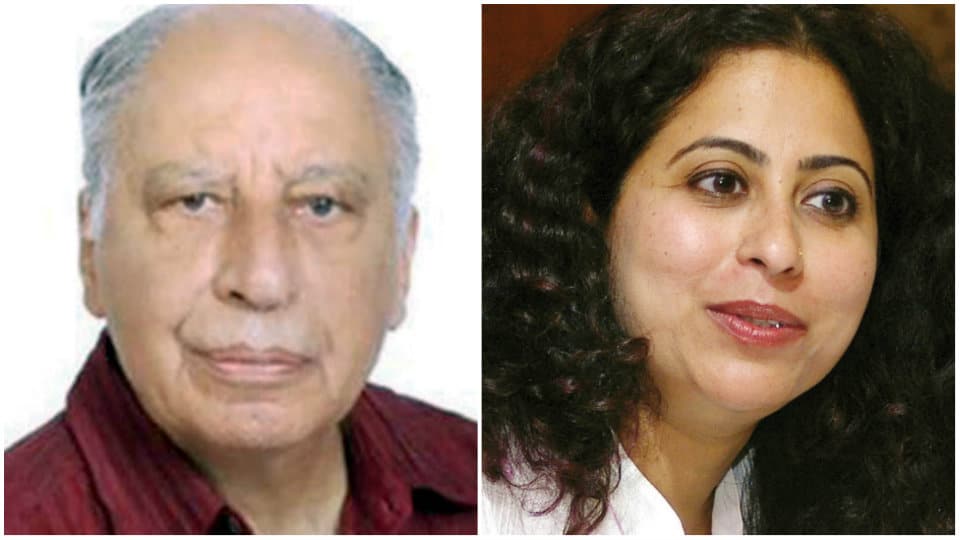 Keki N. Daruwalla has published  twelve volumes of poetry, three novels, and five collections of Short fiction. After his Master’s in Literature from Punjab University, he was a Visiting Fellow under the Colombo Plan to Queen Elizabeth House, Oxford (1980-81). He joined IPS in 1958. He was part of Commonwealth Observer’s Group for Zimbabwe elections in 1980,  served as Special Assistant to Prime Minister (1979) and retired as Secretary, Government of India (Chairman JIC) in 1995. After retirement he was appointed Consultant to the Home Ministry in an Honorary capacity. He was a Member of National Commission for Minorities ( 2011-2014).

His first poetry volume was Under Orion (1970) and latest is Naishapur and Babylon: (Poems 2005-2017). His volume, Landscapes won the Commonwealth Poetry Prize (Asia) in 1987. He, along with prize-winners from other continents,  read in London, Hull, Bristol, Newcastle-upon-Tyne and Exeter. He has read his poems at Struga Poetry Evenings (Macedonia) in 1985 as also 2007, Universities of Texas and Indiana in the United States. Penguin Publishers came out with his Collected Poems (1970-2005).

Columns: Has written copiously in papers. For five years wrote a fortnightly column in The Economic Times on international relations, later wrote for The Indian Express. Wrote a column called “Poetry Wire” for The Hindu, just discontinued. Writing a strident political column for The Tribune, titled “Musings and Maledictions.”

Anita Nair is the author of the novels The Better Man, Ladies Coupé, Mistress, Lessons in Forgetting, Idris: Keeper of the Light,  Alphabet Soup for Lovers and Eating Wasps. She has also authored a crime series featuring Inspector Gowda.

Her other books include a collection of poems titled Malabar Mind, a collection of essays titled Goodnight & God Bless and six books for children. She has translated into English T.S. Pillai’s Malayalam cult classic Chemmeen.

She has also edited a book of writings on Kerala titled Where the Rain is Born.

Besides, Anita has written two plays and the screenplay for the movie adaptation of her novel Lessons in Forgetting which was part of the Indian Panorama at IFFI-2012 and won the National Film Award in 2013.  Among other awards, she was also given the Central Sahitya Akademi Award and the Crossword Prize. Her books have been translated into over thirty-one languages around the world.

Anita Nair is the Founder of the creative writing mentorship programme Anita’s Attic.

NOTE: Those attending the Fest are entitled for Participation Certificates after 4 pm.

Mysuru Literary Fest
Kerala bizman robbed on Nanjangud-Ooty Highway
Familicide in US: Accused techie has roots in Hanagod near Hunsur